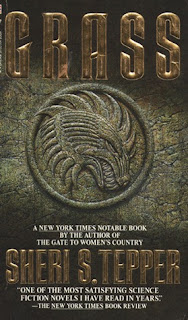 One of the modern myths of American protestant religion is that God wants to have a personal relationship with you. With you, specifically. The best part about that is that "christians" think that's how it has always been, that that thought about God has always been there. But that's just not true. The idea of a "personal God," a God who wants to be "friends," originated with Enlightenment thinking and has only been around a couple or few centuries, but didn't really take off till the middle of the 20th century through evangelists like Billy Graham and his whole inviting Jesus into your heart schtick.

Prior to that, the thought about God had been more... communal. God didn't know or care about you as an individual person, only as part of humanity. That's the reason in the Catholic church you didn't appeal to God directly but worked through advocates. God didn't have time for you, but St. Joseph or St. Matthew might. It's something like the owner of a large company not knowing who every employ is, but your manager knows who you are and you can talk to her with any concerns.

As such, according to Tepper's presentation in Grass, people don't have individual purposes handed down to them by God. People have a purpose as a race, and God isn't up in Heaven handing out purposes to everyone like ice cream cones. It's up to the individual to help make sure the purpose of humanity is fulfilled, and that's as close as you get to having a purpose.

Not that that's how she presents it.

But if mankind were to have a purpose, what would it be? Something like taking care of the Earth, maybe? Which we have done a piss-poor job of and many of us, especially those in power, try to pretend like everything is perfectly fine. Nope, no climate change happening here! Move along. Because, you know, it doesn't really affect them, and they all have the money and position to avoid the negative consequences of the global devastation that is already beginning to happen. If they, the rich and powerful, are going to survive, why worry about anyone else or curing the plague at all?

And, now, I've told you a bit about the book without telling you anything at all. I suppose you'll just have to read it to understand what I mean.

Which brings us to the question of whether the book is worth reading...
I would say yes. It's a quite good book. Generally speaking, Grass is regarded as Tepper's best book, though I would say The Gate to Women's Country is better. I can't do better than that; those are the only two of Tepper's books I've read so far, though I do have a couple more on standby and just discovered that Grass is the first of a trilogy, so I'm going to have to look into the other two of these, also.

What I can say for sure is that Tepper is under appreciated as an author, and I can't really figure out why that is. Unless it's because she was a woman writing in the male dominated sci-fi field, and I'm not saying that, but I probably could, and could probably make a strong case for it. As someone who's read a lot of sci-fi (A LOT), I would say that Tepper is among the best I've read. But, then, I wouldn't expect The Gate to Women's Country to be raking in the male fans, and men and the patriarchy don't fare much better in Grass.

None of which is to say that the book isn't without its flaws. She gets a little overly explain-y when she gets into the plague, what causes it and... all of that (no spoilers!). Also, it takes a while to get to what the point of the book actually is, but, then, the protagonist, Marjorie, takes a while to come to grips with that herself, so I suppose that's understandable.

But the flaws are slight, like coming across a salty bite in your eggs, a momentary unpleasantness before returning to your scrambled goodness.

I would mention, though: Tepper seems to like telepathy and mind powers. Out of two books, so far, both have had elements of this. And I'm assuming the next two books in the Arbai sequence will also contain these elements since they're sequels to Grass. On a personal level, I'm not sure how I feel about all the telepathy and stuff. That's still something I'm dwelling on.