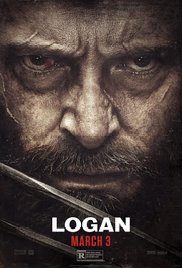 Relatively speaking, I was an early adopter when it comes to Wolverine. I was already following him as a character when his original limited series came out in 1982, and I would be lying to say that he was not one of my main reasons for following the X-Men through the 80s. Well, Wolverine along with the writing of Chris Claremont, unarguably one of the best comic book writers ever. Ironically, Claremont didn't care for Wolverine as a character and almost dropped him completely from the X-Men lineup in the late 70s. It was John Byrne who saved the character out of a fondness for a fellow Canadian.

That said, it's been 15 years since the last time I read any Wolverine (or any comics at all, really, other than a few here or there that one or more of my kids might have had lying around), that being Origin, 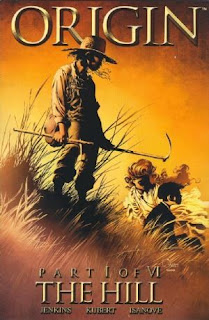 a story I didn't much care for overall. It suffers from many of the same problems as Logan, those being trying to fill in details around a character to achieve a particular goal even when those details don't really fit with the character that has been created.

Mostly, though, what Logan proves is that Fox is no more capable of creating a cohesive continuity for their super hero films than Warner Brothers. It's sort of like having your tea bag break in your cup of tea. If you're careful and drink slowly, you can manage to mostly keep the tea leaves out of your mouth... until you get to that point where you have to throw the last quarter of it out because the leaves are too dense. Until that point, though, the tea is enjoyable as long as you keep it to small doses.

So, yes, Logan is a mostly enjoyable film. It accomplishes the one thing I'm sure all Wolverine fans have been waiting to see: Wolverine really cutting loose with his claws without the need of keeping the bloodshed to a PG-13 rating. And cut loose he does: arms, legs, and heads. That alone is probably worth the movie for the true fans.

The aspect of the movie I found most interesting was the question raised about mutants and their powers when they get old. Of course, the movie only works around the question without ever really addressing it, but we do get to see some of the effects in the aged Charles Xavier as he struggles to maintain control over his mental abilities.

Stephen Merchant as Caliban was a pleasant surprise. I like Merchant, and he was perfect in this role. Dafne Keen was also great. She has a brooding stare which is easily the match of Jackman's.

However, the movie is utterly predictable, wasting a perfect opportunity to do something above and beyond that was afforded it by  the success of Deadpool, probably the only super hero movie Fox has nailed since X-Men 2 in 2003. That said, considering that Jackman is not returning to the claws again after this movie (unless Ryan Reynolds does somehow convince Jackman to do that Deadpool/Wolverine team-up movie), Logan is a good send off. Good enough, at any rate.

But it could it have been better if only Marvel had done it, which is the thought I have after every one of the X-Men movies since the advent of the MCU (Marvel Cinematic Universe) with Iron Man back in 2008. Sony wised up and went to Marvel to get Spider-Man on the right track; maybe there's hope that Fox will do the same.
Posted by Andrew Leon at 12:00 AM