The Children Will Pay 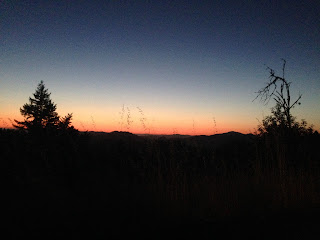 You can think of the photo as a metaphor.

So far, in talking about Trump I have focused on the overt racism (and sexism!) his campaign and presidency represent. This is like a piece of cheese covered in mold, and I mean covered. Something that looks like a chunk of green and white fuzz rather, and you only know that there was cheese there because of the packaging. It's disgusting and vile and you probably don't want to smell it, much less take a bite of it. However, it's possible that you could be tempted to want to try to cut the mold off to get down to the good cheese, and, based on the number of people who voted for Trump, a lot of you out there think the overt racism (and sexism!) is just some surface thing that can be cut away.

What I'm saying is that the surface mold was more than reason enough to throw away that (previously) orange piece of cheese. But, you know, since we didn't do that, let's look at what's under that horrible growth of mold.

Actually, wait a minute, let's stop and look at that mold again for just a moment:

Because it's not us, the adults, who will pay for the fungal racist bloom growing in America right now. It will be our children and our children's children. They will be the ones who will have to spend decades repairing the damage to race relations after a Trump presidency.

As bad as everything else will be with Trump as President (and you're living with your head up your ass if you don't believe it will be bad) -- it's going to be a disaster, worst deal ever -- the absolute worst thing is going to be what Trump does to the environment.

And I get that a lot of you out there don't believe the science, don't believe the world isn't flat, but what the data shows is beyond scary. 2016 is the hottest year on record in something like 130 years of record keeping, and that's following nine other hottest years on record in the last 15 or 20 years. The science says we're at a tipping point, and Trump and his new buddy Scott Pruitt are going to do everything they can to push us over the edge. Or, to put it more directly, they are going to do everything they can to keep the people holding us back from a whole Earth climate disaster from being able to do that anymore.

This is what is reprehensible:
Trump, and others like him, have no vision and no long term plan. Their only concern is how much money they can make NOW, and the way to do that is to rape the Earth. Destroying the environment for profit has been the way of man for a long time, now, but we are at the end of what we can destroy and still retain the world as it is. Men like Trump and Pruitt DO NOT CARE. They don't care if what they leave behind is a desiccated husk as long as they get what they want.

And, sure, maybe Trump really just doesn't believe in climate change; maybe, he really does believe it's a Chinese hoax, but that just makes him a special kind of stupid, and we shouldn't have someone like that running the country.

Honestly, I don't care what you think about anything else about Trump: If you can't see and understand this threat that Trump represents then you, also, only care about your own immediate self-gratification without regard for the damage that you're doing (listening to Trump voters, I think this represents the vast majority of them) or you, also, are a dumbass who doesn't believe in science and should go back to living in a cave and hunting your food with a pointy stick. Or you could be some combination of the two.

Seriously, there are SO MANY individual reasons that should have been enough for people to avoid Trump like the moldy cheeseball that he is, but this, what he will allow to be done to the environment, is the greatest. This is the one that we won't be able to come back from. Trump voters, you've all just driven us off the edge of a cliff. I hope you're satisfied with yourselves.
Posted by Andrew Leon at 12:00 AM