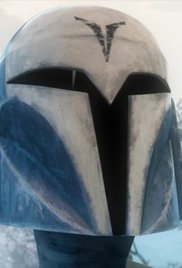 -- Friendship shows us who we really are.

The return of Death Watch... and a plan to assassinate Dooku?

Having the Death Watch around is always interesting, and, hey, it's always cool to see the Darksaber, but I actually don't want to talk about what the episode is about. No, again, I want to focus on something that's off to the side of the story.

When Ahsoka, R2-D2, and Lux Bonteri arrive at the Death Watch camp, the members of the Death Watch are busy torturing... droids. For fun. Their pattern seems to be to torture the droids into inoperability then have someone fix the droids up so that they can torture them some more. And I know some of you, right now, are thinking, "So...? They're droids."

It's important to remember that in Star Wars, droids are sentient. They have self-awareness and value themselves as individuals. This isn't a subject that's ever explored in Star Wars, but it's certainly there in the background. It's actually a parallel line of thought to that of the clones.

Now, most people would probably say it would be wrong to torture clones; they're alive, right? But not everyone believed that. They were, after all, built, so doesn't that make them something like organic machines? "But they can feel pain!" Sure, but so can the droids. "It's not the same!" Why not?

Of course, after the Clone War, the making of clones was made illegal. So was the making of droids for combat purposes, though that's barely touched on.

Did you know that science (yeah, I know, for a lot of you, I may as well have just said "magic") is showing us, right now, that dolphins and other marine mammals are self aware? They have names for each other. So, you know, when a dolphin gets caught in a fishing net and pulled out  of the water, some other dolphin out in the ocean is going off to tell the pod, "Samson got caught in a net..." Imagine how you would feel if you found out your neighbor caught and ate your dog.

"You don't want to make them angry; they are far from rational."
Posted by Andrew Leon at 12:00 AM