A few weeks ago, I got to see Parcivillian in concert. An actual concert, not just an open mic night where they performed a few songs. It was pretty great. 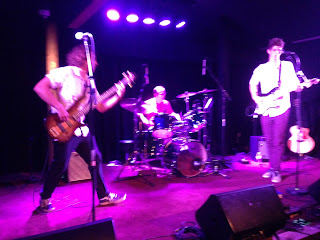 If I'm remembering correctly, they opened with "Lonely Road," a pretty rocking song, then moved on to "Left Behind," which might still be my favorite song by them. 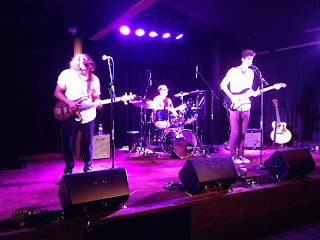 Before I go on, though, remember that I said a while back that I got to go to one of their rehearsals? Well, I did, and, now, finally, I want to talk about that for a moment.

I would say that their method for producing music is on a "how does it feel?" basis. That was a question Delek and Stav asked each other more than once, "How does that feel?" It was interesting for me, because I've only been involved in music rehearsals before for already written music, so there was no, "How does it feel?" It was only learning the music as it was written.

This was music creation, and it was pretty cool to watch and listen to. There was a lot of "go back and try..." Okay, honestly, when they started doing that stuff, it was like listening to people speaking some other language. Because it was. Mostly, I didn't follow it, but they all understood each other even without the completion of sentences. 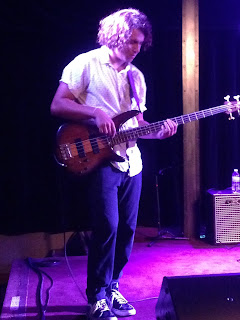 Anyway... They were working on two new songs at the rehearsal I was at, both of which they played at the concert in their completed forms, one of which I had insisted that they finish: "Say Goodbye." "Say Goodbye" is a great song with a catchy chorus bit. I think it has all the things a song needs to be a hit, especially the part where you want to hear it again as soon as it's over. Alas, I have only heard the finished song the one time at the concert, because they don't have it recorded yet. (Psst! Go over and tell them to record it!) 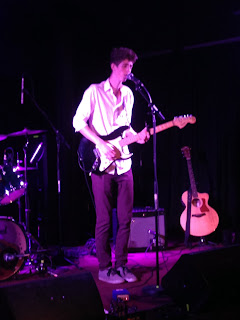 All of that to say that it was great to hear them perform the new songs, especially "Say Goodbye." It was great to get to hear all of the songs they don't have recorded, yet. They did, of course, end with "One Kiss," my wife's favorite song by them (and it is a good one) and, really, the thing that started all of this off. The only bummer was that Elliot (the one who plays the violin) wasn't able to be there so "One Kiss" was done without the violin, but it sounded (nearly) just as good!

This is the last Parcivillian post... for the moment. I am sincerely hoping I will be able to revisit the group in not too long to tell you how they're doing and what kinds of strides they're making.
Posted by Andrew Leon at 12:00 AM