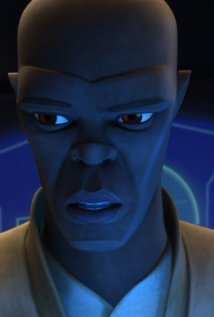 -- Compromise is a virtue to be cultivated, not a weakness to be despised.

This episode wraps up the Ryloth story line and has some pretty impressive action in it by Mace Windu. I think Windu gets overlooked a lot because, mostly, in the movies all he does is sit in a chair and talk. Sure, he went toe to toe with the Emperor, but I think people also underestimate how powerful Palpatine was supposed to be. Actually, he beat the Emperor -- something Yoda failed to do decisively -- and, if not for Anakin getting involved, could have put an end to the Sith right there in Palpatine's chambers. Mace Windu did, though, develop Vaapad, the seventh form of lightsaber combat, a dangerous form only he mastered.

All of that to say that we, the audience, forget just what a badass Windu was supposed to be because we don't get to see him being all badass in the movies. However, the animated series shows off his power to great effect, and it's great to see in this episode.

But the episode isn't about Windu. It's about whether you accept help from a force which might occupy your country as soon as they help you get rid of the force occupying your country. Have you ever read the book The King, the Mice, and the Cheese? 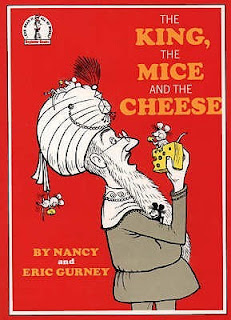 The Separatists are starving the twi'leks and destroying and stealing their cultural heritage. But is it worth it to bring in the Republic forces (an issue caused by rival political factions on Ryloth) to drive out the Separatists if they are just going to stick around?

Sounds like an issue we've seen a lot of in recent years.

It's an interesting episode. Not as compelling on a character level as the last couple, but it's a good question to look at and fit in well with this trilogy of episodes.
Posted by Andrew Leon at 12:00 AM