"Long Time To Be With a Man" and "Leaving"

Every year around this time, there is discussion about how long my wife and I have been together. Every year, no matter how long that has been, although, oddly enough, it's a bigger number every year, my wife will say, "long time to be with a man." This year is 15 years of marriage. Well, just over, now, since our anniversary was a little over a week ago.

That particular line is a quote from a couple of blues artists: Sonny Terry and Brownie McGhee. I don't know which is which when they're speaking here, but it goes like this:
#1: Do you know actually how long you and me've been together?
#2: Yeah, it's been right around pretty close to 33 years.
#1: It's a long time to be with a man, ain't it?
If you want to hear it, it's around about the three minute mark, just after.

My wife and I aren't to the 33 year mark, yet, but I'm grateful for the 15 years of marriage and the more than 16 years we've been together.

For our anniversary, we went out to Bodega Head and did some hiking around and, then, had lunch in what was basically a hole in the wall crab place that didn't have any crab. Well, they're not in season, so I guess it's to be expected. My wife had what she described as the best clam chowder she'd ever eaten. Unfortunately, I'm not much for clams or clam chowder, so I just had a sandwich, because, when they don't have crab, they really only have the clam chowder, which, evidently, they are very well known for.
Also, unfortunately, we didn't see any sea lions. Okay, well, we did, but they were on an island pretty far off and were only little gray dots. However, we did hear them, because MY GOSH they are SO loud. Which I knew, but you kind of forget when you're not around them, so I'd forgotten how loud they are. So... no pictures of sea lions, but I do have some other pictures: 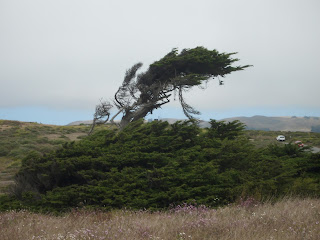 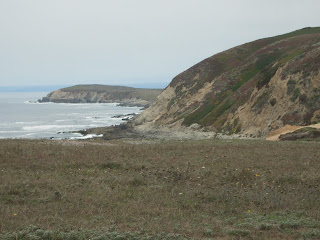 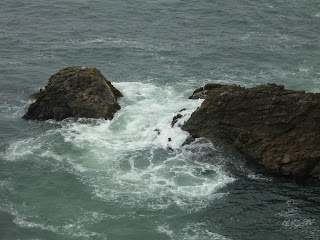 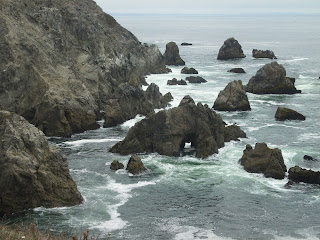 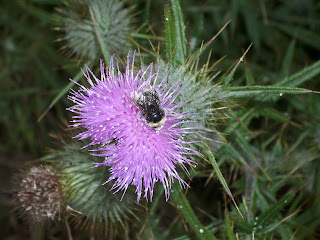 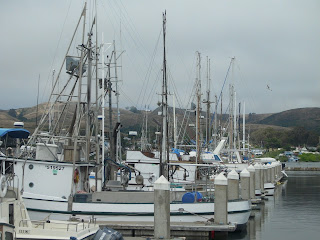 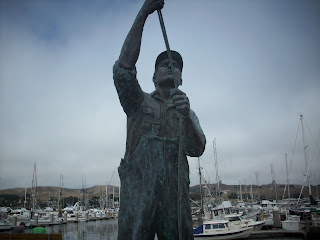 That's the coast where I live, so, see, not all of California is long, sandy beaches and warm, sunny days. It's rarely warm at the beach around here, but it sure is pretty. So is my wife, but she won't let me post any pictures of her, so you'll just have to take my word on it. Maybe, she'll let me post something next year.

"Leaving" has nothing to do with the first part of this post. Nope, not at all. It's just that today is the FREE! release of "Part Twenty-seven: Leaving" of Shadow Spinner! I'd tell you who's doing the leaving, but, then, that would be telling. You'll just have to read it to find out!
Here's the list of today's FREE! offerings:
"Part Twenty-seven: Leaving" (Also FREE! tomorrow, Tuesday, August 6)
"Part Twenty-six: The Bitter Fruit"
"Part Twenty-five: The Light of Knowledge"
"Part Twenty-four: The Serpent"
"Part Twenty: The Sword of Fire"
"Part Nineteen: Lost in the Garden"
"Part Eighteen: The Angel"
"Part Seventeen: The Tree of Light"
"Part Sixteen: The Dark Tree"
"Part Fourteen: Anger and Laughter"
"Part Thirteen: The Clearing"
"Part Twelve: The Gash in the Floor"
"Part Eleven: The Kiss"
"Part Ten: The Broken Window"
"Part Eight: The Cold and The Dark"
"Part Seven: The Moth and the Shadow"
"Part Six: The Man with No Eyes"
"Part Five: The Police Car"
"Part Four: The Cop"
That's 19 out of the 27 parts (not including "The Evil That Men Do") for FREE!, which is pretty good if you ask me. Some of you may have noticed that the beginning chapters have quit being free, and that's true. They're being transitioned into a collected volume which should be available in two weeks (August 19). And there might just be a special announcement along with that (okay, there will be, but we're just going to pretend that there won't be for the time being).
Now, go read! But send your friends over for FREE! stuff before you do.
Posted by Andrew Leon at 10:54 PM