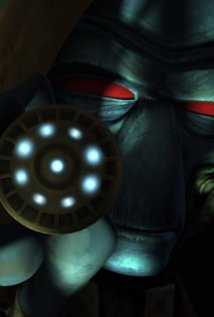 -- The first step to correcting a mistake is patience.

We all know that Palpatine used Order 66 to wipe out the Jedi, but that doesn't answer the question of how Force users became, basically, extinct (as far as we know) across the galaxy within a generation. Sure, you could say that without the Jedi and the Temple that Force-sensitive children simply grew up without ever harnessing their abilities, and, to some extent, I'm sure that's true. However, in this episode we see that Darth Sidious' plan is much more insidious.

Part of the plan is to wipe out those children before they ever have a chance to grow up and potentially become a threat. Palpatine doesn't, after all, mess around.

However, the true horror is not that he wants to wipe out the young Force-sensitives, it's that he wants to bend all of them to the Dark Side and use them as a network of spies and assassins. 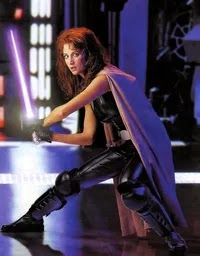 As far as a I know, Jade is not currently a canon character (you can see my discussion of Star Wars canon here), but there has been talk that she is going to be included somewhere in the new canon and, possibly, the new movies. At any rate, she was a Force-sensitive child who was molded by the Emperor to be his prime assassin, such that she was called the Emperor's Hand,

So there you go. A bit of Expanded Universe history to tie into The Clone Wars.


"What could possibly have happened since I last spoke with you?"
Posted by Andrew Leon at 12:00 AM