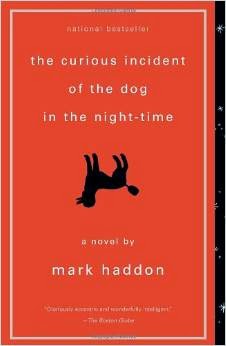 I read a lot. Yeah, obvious statement, I know. Because I read a lot, I don't really come across all that many books anymore that I just don't want to put down. Not that I want to put books down, but I don't often find a book that I just want to keep reading and don't want to stop reading when I need to. I don't even find one of those once a year, anymore. This was one of those books. If I could have, I would have read straight through this one without stopping. Darn that thing called life that demands that you do things like take kids to school and cook dinner.

Also, I am not much of a fan of first person writing, as I've stated many times before. It's not that I have a thing against first person in-and-of itself, it's just that, with the flood of indie writers, first person has become a shortcut to bad writing. And writing that all sounds the same from author to author. I tend to be very wary of first person, especially in debut novels.

However, first person was completely necessary to the story in the curious incident of the dog in the night-time. That's the way I like to see first person used, as something that adds to the story itself, not as an easy out to get out of the intricacies of description and explanation. This book has a unique voice, and it is that voice that makes it necessary to the story. No, I'm not going to explain, because you should just read the book and find out for yourself.

The other thing I really liked about the book (other than the unique voice) is that the story is not really the story. I mean, the narrator thinks he's telling one story, but, really, he's telling another story entirely, and it was pretty amazing. The way the author handled it, I mean.

That's really all I have to say, I suppose. Yeah, not a single negative about this one. I enjoyed it immensely and will probably look at re-reading it in a few years and see if I still feel the same way about it. I don't re-read often, so that ought to tell you something.

Look, just go read the book. Oh, one thing, if you have any desire to read any Sherlock Holmes, you should go read The Hound of the Baskervilles, first, before you read this. That is, you should if you don't want spoilers.
Posted by Andrew Leon at 12:00 AM