There is that age-old question, "Which came first, the chicken or the egg?" It's the great playground debate. Or, at least, it used to be. No, seriously, when I was in elementary school, we would argue over this on the playground all the time, sometimes switching sides several times in the same "conversation" about it. Okay, so it wasn't all the time, but it was often enough that I remember doing it. And it wasn't everyone; it was just a select few of us. I suppose the few of us that understood that there was a question even worth asking. As kids, we felt like this was the unanswerable question, because how can you have one without the other, right? But the question does have an answer or, rather, two of them, depending upon which stance you take:

We authors have a similar kind of question: Which comes first, the sales or the reviews? Conventional wisdom says that reviews come first. Which, you know, is a difficult concept, because how can you have reviews without sales? Which is why there is such a push for early reviews generated by giving away copies of the book, etc. Those already existing reviews at the book's release are supposed to signal to the reader that the book is good. Of course, then, there are those readers that disbelieve those reviews as being fake whether they are or not, and I can't say they don't have reason to believe that.

Of course, the problem with this idea is that most people say that reviews don't actually determine whether they will buy a book. The number one reason that someone will buy a book is because someone s/he knows has recommended it to him/her. Other top reasons include general word-of-mouth (you hear people talking about the book a lot) and author loyalty. It's possible that reviews can fall under "general word-of-mouth," I suppose, but there has to be a reason the person is there looking at the book to begin with.

Which brings us back to the question of whether reviews drive any sales. Most data seems to suggest that reviews follow sales, not the other way around, which, honestly, is rather disheartening for those of us who have neither sales nor reviews. It leaves with the option of needing to "trick" people into buying our books to get everything started. Tricking or badgering in the same way that Sam-I-Am gets people to eat green eggs and ham or becoming the used car salesman. Yeah, I'm just not good at those things.

But, still, people insist that reviews are important; that's what conventional wisdom says, and, as much as I am usually against conventional wisdom, I do believe that reviews are important. I just hate asking for them, because that's as bad as trying to convince people to buy the book in the first place. Worse in some cases. And giving people copies of the books hasn't generated any reviews to speak of, either, so don't even suggest it. Seriously. After giving away dozens of copies of various things specifically for review purposes, I think I've gotten back, like, two. So the return is definitely not worth the investment from that standpoint.

Yeah, you should have known I'd have a "but," because I always have a "but." And stop your giggling, we're not twelve here, you know.

You have to keep trying new things, so here is the new thing I am trying. Hopefully, it will generate some sales and some reviews. I'll take either or both. As I just announced, "Shadow Spinner: Collection 4: The Undying" is now available, and it's sitting there with zero reviews, which is not to say that my other stuff is 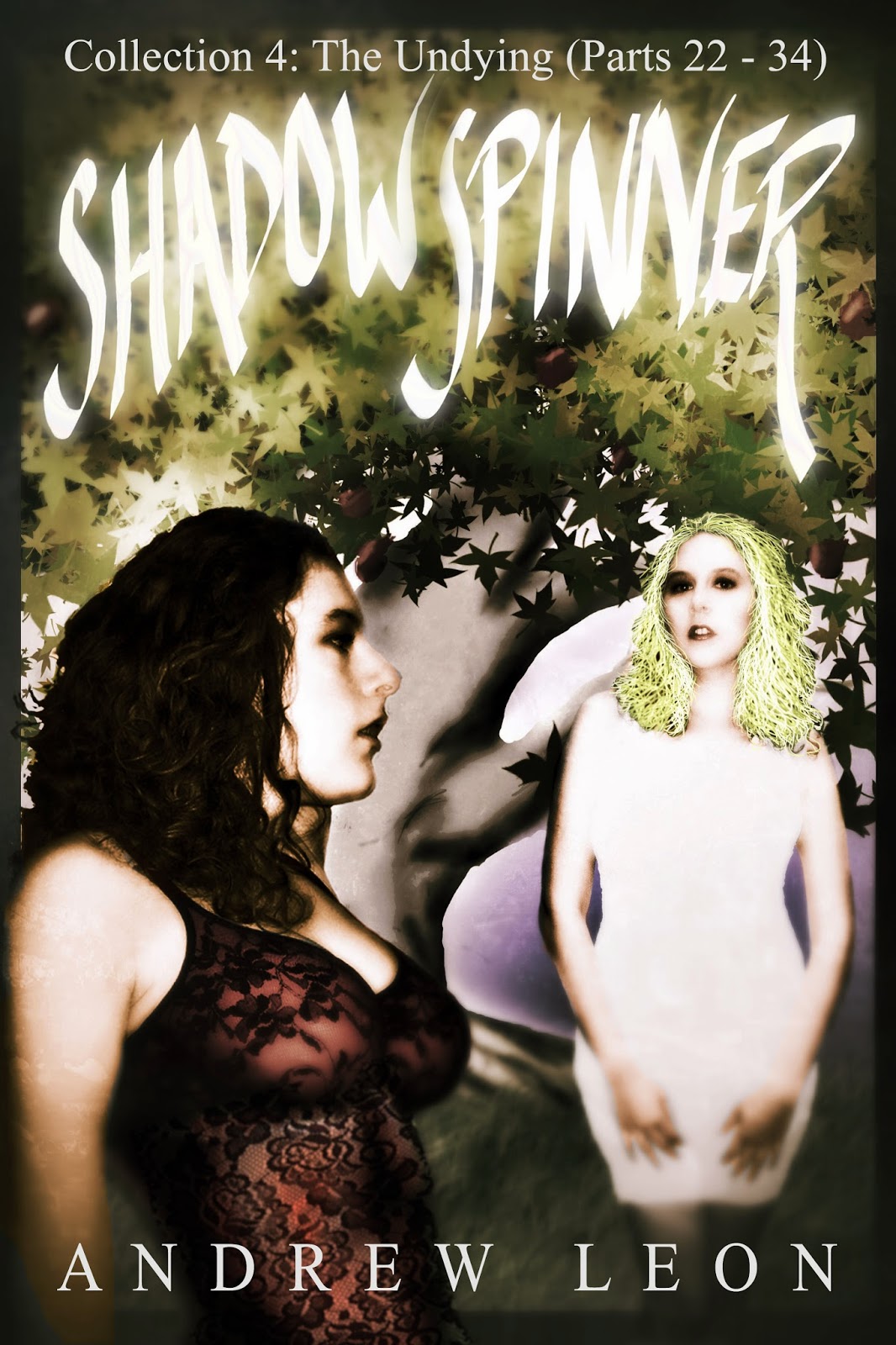 overflowing with reviews, because that's not so, either. Basically, everything could use more reviews. So here is how all of this works:
You review one of my books on Amazon (it would also be great if you posted it to goodreads, but that's not as important). You let me know you've reviewed that book so that I can go and see the review. Once I've seen the review I will buy for you a book of equivalent value. Specifically, I will buy you an indie book of equivalent value (indie meaning self-published or small press); you just let me know which one you want, and I will gift it to you on the Kindle. Yes, it has to be for the Kindle. Also, yes, you can review one of more than my books and add it all together. For instance:

Let's say that you review "Collection 1: Tiberius" and "Collection 2: The Man with No Eyes," both with a sticker price of $1.99, that would give you enough to have me gift to you, say, The House on the Corner, which costs $3.99. Not that you have to choose something by me. That was just an example. You could choose for the same dollar amount
Demetri and the Banana Flavored Rocketship
Eclipse
two of my personal favorites from indie authors.
Or
Temporary Anne (which contains a backup story by me)
"My Killbot Buddy"
"The Evil That Men Do" (which would go great with Shadow Spinner)
"Empirical Evidence: A Novelette" (which I haven't actually read, yet, but it's on my list)
And, see, I know a lot of you downloaded the free bits of Spinner as I released them, so you could just read those and review the collections based on the individual chapters, and that's like FREE! books!

Now, this isn't an unlimited offer. I'll let it run through the end of February. Or until my money runs out. I don't have an unlimited writing budget, so it's really a first come kind of thing for an unspecified amount of money which ought to buy more than a few books for people that leave reviews. I don't, though, want to cut anyone off that decides to read something of mine but doesn't finish it by the end of February, so, if that kind of thing happens, just email me and let me know you're working on it, and I'll hold that offer for you.

Here's to trying new things. It's useful information whether it works or not, right?
Posted by Andrew Leon at 9:33 PM