My wife and I were unable to see all of the things we wanted to see while at the Wunderkammer but, by far, the best thing we saw was a pair of jugglers called... um, I can't remember what they were called. The Brothers Something-or-Other. Or the Something-or-Other Brothers. At any rate, they were great! The younger one (and I think they did call him the younger one, but I may also just be thinking it because he looks younger) was a bit of a contortionist. Here he is playing jump rope with his arms as the rope: 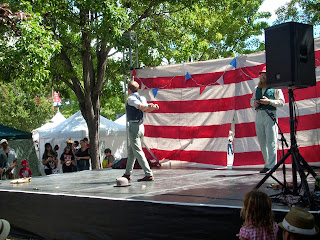 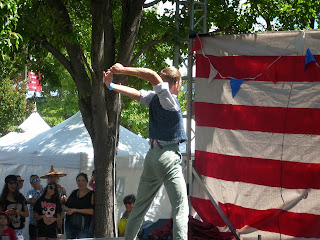 And him juggling with his arms all pretzeled: 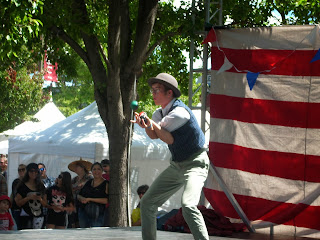 And juggling while standing on his "brother": 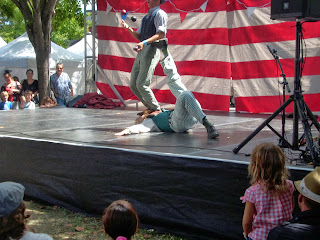 More juggling while standing on his brother: 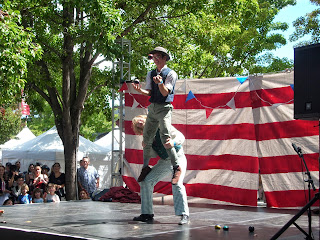 Passing the balls back and forth: 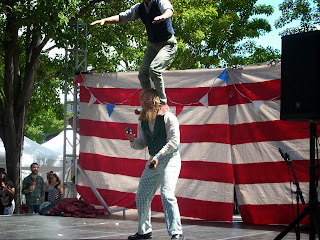 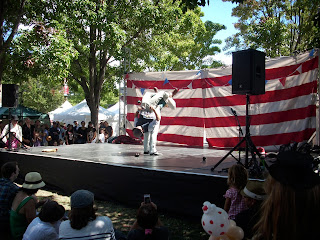 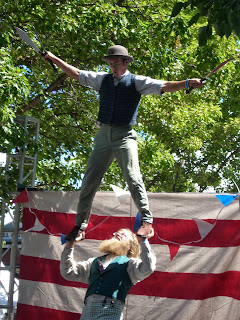 They were a lot of fun. They had great banter, too, which was just as fun as watching them do their crazy stunts.

The other big thing at Wunderkammer is the handcar regatta. That is rather what it sounds like. It is a race between old railroad handcars. Modified handcars, but handcars. We didn't watch all of the races, but we did watch them introduce all of the racers and their vehicles. Here are some of the pictures from that: 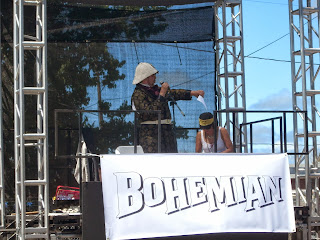 The master of ceremonies. 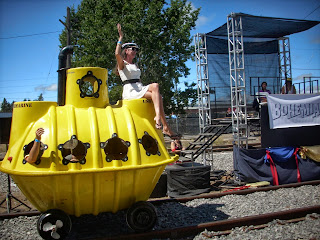 This one ought to be self explanatory. 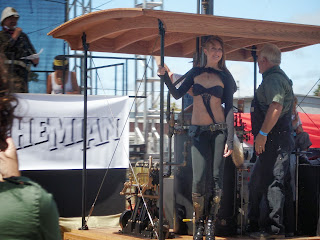 This one ought to also be self explanatory. 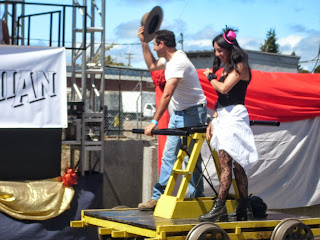 The only actual legitimate handcar in the regatta. 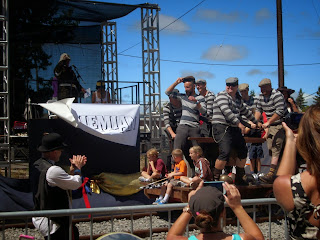 We think these guys were escaping from somewhere. 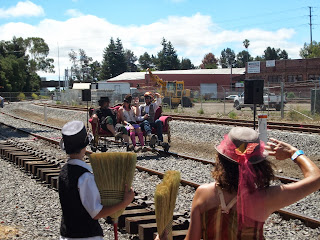 These guys just needed a TV, and they would have been all set. 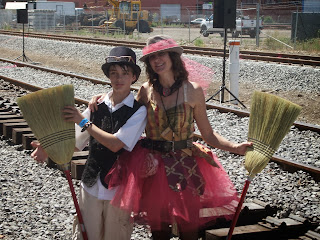 Rail sweepers. Except, I don't remember if that's what they called them, but it is what they were for.


Well, that about does it for Wunderkammer this year. At least, I'm pretty sure I covered everything. Everything we did and saw, at any rate. [Maybe, next year, I'll plan to take a look at the food stuff for those that were wondering.] I didn't take pictures of the stuff they were selling, although, maybe, I should have. They had a lot of costuming options for sale, but it didn't occur to me to take pictures of that stuff.
Posted by Andrew Leon at 9:34 PM