How To Be... an Archaeologist

Today is the FREE! release of "Part Eighteen: The Angel" 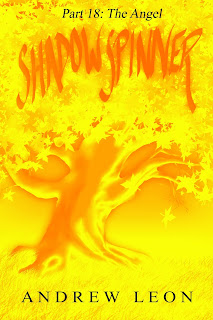 I've lost count of the number of times I've seen someone say something to the effect of, "Well, I saw Indiana Jones, and I wanted to be an archaeologist just like him!" And, you know, I get that. Who wouldn't want to be Indiana Jones? The only problem is that Indiana Jones was more of a treasure hunter than an archaeologist. Sure, he was a professor of archaeology, but that was as Dr. Jones. When he was Indy, he was after treasure! 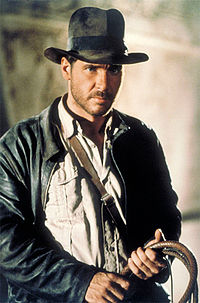 "I doubt any archaeologist who spent part of their youth in the 1980's didn't have Indy as a huge influence in deciding his career. How could you not?" -- an archaeologist (no, really, it's a real quote!)
"No matter how hard they deny it, every archaeologist is a fan of Indiana Jones. Without him, our field wouldn't seem nearly as romantic as it does." -- another archaeologist

Archaeology, although it can contain a measure of treasure finding, is much more complex than that. First of all, in the United States, at least, archaeology is a branch of anthropology, specializing in the recovery and analysis of material culture and environmental data. Generally speaking, a degree in anthropology is suggested. However, none of the founders of the discipline had that degree as anthropology, in many ways, developed out of archaeology, although what it really was was tomb raiding. So how did they do it?

Well, one archaeologist says, "If you were that kid that always came home with dirt on your jeans and a bullfrog in your pocket, this might be the right job for you." I'm taking that to mean that the first thing you need to be an archaeologist is a love of getting dirty. Or, at least, a willingness. I have to take the bullfrog out of the picture, because, if the goal was just to catch bullfrogs, I'd have to say that path would more likely lead to herpetology (and, no, that has nothing to do with a disease).

So, once you're willing to get down in the dirt, what do you need? You need to like being outdoors, because, unless you just want to be a professor and teach, "you are going to spend a majority of your time outdoors, walking for miles on field surveys, digging for hours in the earth, and generally getting completely filthy every day."

Now, you need to know how to dig. I hear you saying, "But I know how to dig. Just get a shovel and go to it." That would be wrong. Unless you want to destroy the stuff you're digging up. The best way to learn how to dig is to attend a field school, a course that puts you out in the field, teaches you the tools of the trade, and gives you experience in digging with a spoon instead of a shovel. Okay, that might be a slight exaggeration, but it's not much of one. On a dig, the goal is to remove 5-10 cm of dirt at a time so that the soil and artifacts can reveal history, not just yield treasures. It is the responsibility of the archaeologist to convey that story to the world.

That's a good place to start, but you might remember that Indy had a pretty good grasp of the languages and cultures of the places he went, so, if you really want to excel, especially if you're going to be looking for buried treasure, you better start brushing up on those language skills! And, you know, acclimate yourself to the local cuisine. Oh, and have a good background in history and geography. And, well, there's actually too many things to list.

I suppose the real question is whether you want to be a real archaeologist or just a treasure hunter. A lot of the obvious places to just go dig things up have already been dug up or are in the process of being dug up, so that go-out-and-find-it-yourself archaeology is becoming harder and harder to do. All sorts of new technology help today's archaeologists find interesting places to dig for new stuff, including satellites! I don't think you actually have to know how to navigate a satellite, though, to be an archaeologist.

So there you go... where to start to be an archaeologist. Now, where did I put that shovel...?

Now that you know how to be an archaeologist, it's time to go dig up some FREE! books. Or, at least, parts of a book. Look at it like finding bits and pieces of an ancient manuscript! Here are today's FREE! Shadow Spinner offerings:
"Part Eighteen: The Angel" (NEW!!!)
"Part Seventeen: The Tree of Light"
"Part Sixteen: The Dark Tree"
"Part Fifteen: Food of the Garden"
"Part Eleven: The Kiss"
"Part Ten: The Broken Window"
"Part Nine: The Shadow of the Tree"
"Part Eight: The Cold and The Dark"
"Part Six: The Man with No Eyes"
"Part Five: The Police Car"
"Part Four: The Cop"
"Part Three: The Bedroom"
"Part Two: The Kitchen Table"
"Part One: The Tunnel"
"The Evil That Men Do"

Make sure you pick up your copies today!
Posted by Andrew Leon at 9:33 PM