For One Brief Moment...

Last Monday was the release of "Part Seventeen: The Tree of Light" in my Shadow Spinner serialization. 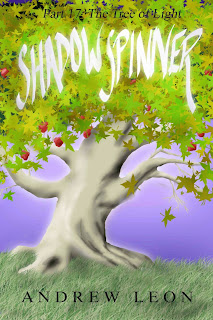 Maybe some of you picked it up? I think you must have, because it was the best release day I've had for any of the parts so far. But not only that, I had the biggest download day I've ever had. By far. 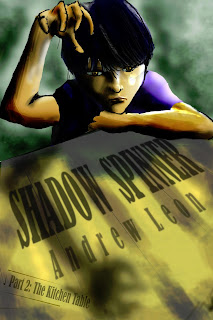 "Part Two: The Kitchen Table" lead the downloads and peaked at #14 on Amazon's list of free downloads on the science fiction, fantasy, and magic list (unless it went higher at some point that I didn't notice). I had 6 of the top 20 spots. But...
That's not the best part!
See, it wasn't just my best day for free downloads, it was my best day for paid downloads. By far. I mean, I got months' worth of paid downloads last week, and something happened that I would never have suspected.

"Part Six: The Man with No Eyes" 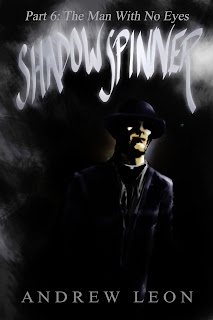 which was not free last week, kept climbing the charts. The paid charts. My stuff spikes up into the top 100,000 fairly frequently, but I'm more used to them hovering in the 500,000 range. At any rate, I noticed when it was in the top 100,000, but I didn't think much of it. It stayed that way for a long time, too, because Amazon didn't update their stats in a timely manner, last week. Generally, it's every hour or so, but, last Monday, it took them 6-8 hours to do an update. I was watching the downloads climb, but, still, I hadn't given any thought to the ranking. Until it finally updated, that is, and it shot onto the paid sci-fi, fantasy, and magic chart at #96. I was in the top 3000 on the sales chart. And the downloads kept happening. And, then, I was in the top 2000 and, later, just over 1000. I landed at #72 on the paid s/f/m list. That was pretty cool!

But, see, right above me on  the chart, at #69, was The Graveyard Book by Neil Gaiman. I just sort of blinked. Because, well, see, I was right there on the chart with him. What? It was pretty unbelievable.

And that's how I left it when I went to bed.

But that's not the best part!

Because, when I got up on Tuesday morning, I found that there had been more downloads, and "The Man with No Eyes" was sitting at #68 on the list, just above The Graveyard Book, which was still at #69. That! THAT was unbelievable. Surreal. I wanted a screen shot of it, but, see, I'd tried that when I was below Gaiman on the list, and I couldn't get it to work. Well, the computer was saying it was happening, but, when I tried to open the screen shots, I just got a page with the Amazon logo at the top; the rest was blank, so I knew that wasn't going to happen.

When I told my wife about the list, she said, "Take a screen shot!" And I told her I couldn't get it to work. I'm blaming Windows 8. My wife, though, was able to do some kind of screen capture from work and sent it to me... but my computer won't open it. Of course.

However! She did print it out, so, next to me here at my computer, I have the printed page of where, for one brief moment, I was higher on the chart than Neil Gaiman.

Yeah, I still don't believe it, either.
Posted by Andrew Leon at 9:58 PM