This post is a part of Indie Life. You can find out more about it here. 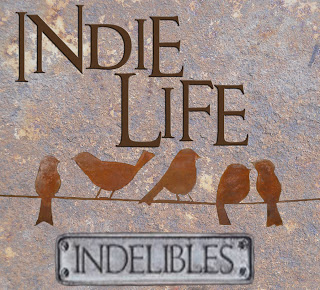 Well, I don't know if you wrote a book or if you're still working on it or, maybe, you're not working on one at all and just like to stop by and read my stuff. Whatever the case, today's post is related to what it's like to be an independently published author, because that's what Indie Life is about.

Writing is hard. Wait, no, writing is easy. Writing a book is hard. Up to the point in my life when I wrote my first book, it was the hardest thing I had done. I think I thought it would get easier after that, but, no, all the stuff you have to do with your book once you finish writing it is much more difficult than actually writing the book. Which is hard; I mentioned that, right? Most of that other stuff would fall under the heading of "marketing." Let's call it what it is: selling. Selling your book is much more difficult than writing it. Well, for most of us writer people, at any rate. Let's face it, selling takes a certain amount of extrovertedness, and most of us writers don't fall into that category, so trying to convince someone else to read the book you just wrote isn't the easiest thing (for us) to do. That's why we need those people that are good at that stuff, except, when you're doing this stuff on your own, you don't have access to those people. Generally speaking.

Not that those people necessarily do that great a job, because knowing what's going to be appealing to other people is a lot of guess work, so there's a lot of variability in it. But, hey, at least it wouldn't be me doing it (which is why it's my (not so) secret dream to be able to hire someone else to do the marketing of my novels and stories and tall tales). But all of that is kind of beside the point.

The point is this:
There are tons of ways to go about bringing attention to your work. There are people that will tell you two dozen "best" ways to do it. You have to be here. You have to go there. You have to be on this. Or on that. Or drinking a soda while standing on your head. Or walking around with an egg clenched in your butt cheeks. Hm, well, maybe that last one would work. Heck, I'd at least look into what kind of stuff you write if you used an egg like that as a marketing tool. The point is that everyone, EVERYONE, will tell you something different.

And, so, how do you choose?

Oh, yeah, okay, I hear you. "But how will anyone ever know about my book if I don't get out there and sell it?" And I hear, "Well, you have a blog!" And I hear all sorts of other things most of them starting with "But!" So, yeah, I'm not saying to do nothing; I'm just saying that you shouldn't let the selling of your book become THE priority of your life. Especially if all you have is just the one book.
It's not your job.

Did you become a writer just so you'd get the chance to do some marketing? No, I didn't think so. [And, if you did, you can come market my book for me and skip all of that writing stuff. See what I mean?] You became a writer because you wanted to write, and that's what you need to be doing. Primarily.

Let's take a peek at the numbers. I wrote my first draft of The House on the Corner in about six months. That was 125,000 words. Yeah, it's a longish book. I spent another six months working on it after that and cutting the word count to all of 120,000 words. In the two years since then, the two years I've been blogging, I've only done a little over 100,000 words of fiction writing. See, the blogging takes a considerable amount of time and a lot of my words. Granted, I've written way more in total considering that I have something around 300,000 words of blog entries, but, still, the marketing has taken away from the writing.

Which is not to say that it's not necessary, because some amount of putting yourself out there for people to find (beyond just sticking your work on Amazon) is absolutely necessary. However, the best way to market your work, and the way that no one in marketing is likely to tell you about, is to go and write another book. Seriously. The greater your body of work, the more seriously readers will take you as a writer and the more likely they are to buy your books. So, as it turns out, your best marketing tool is to do the thing you want to do anyway: write.