Unexpected Applause: the After

I'm going to do something a little bit different with this review in that I'm also going to review the author, at least I am to an extent. Book reviews really aren't about he authors but about their products, but I really feel like talking about the author of this one a bit.

One of the things I see most frequently as a "rule of blogging" is to keep your posts short. I get it. I do. At least, I get the idea of it. I don't really agree with it, though. I don't agree with it for this reason: most short posts I see just don't say anything. At best, they talk about the idea of talking about something, but, because the blogger is trying to keep the post short, s/he never more than touches on a subject. Maybe s/he gives a list about the topic, but, honestly, a list doesn't say anything. They're good for a trip to the store but that's about it. The end result is that I don't tend to short posts or spend much more time on them than it takes to scan through it.

Briane Pagel is the only blogger I know that routinely writes longer posts than me. And not just on one blog! Briane writes about half a dozen different blogs, is a lawyer, and has twin 5-year-old sons. And writes books! He's by far the most prolific person I've ever known, and it wouldn't surprise me if, one day, his body of work surpasses Asimov's (generally considered the most prolific author to have ever lived). However, I think Briane is also one of the most overlooked bloggers I know. People are daunted by his long posts, and I think it's their loss. It's unfortunate that so many people are willing to not invest in worthwhile things. Like taking the time to prepare a meal rather than just heating up processed crap. What I'm saying here is that the time you would spend reading half a dozen other posts would be better spent reading one of Briane's posts.

Often Briane is like Kevin Smith, and I like that. Not just that Kevin is dialogue heavy, which I like, but the way that Kevin talks is how Briane writes. Have you ever seen any of Smith's Q&A DVDs? If not, you should go get one and watch it. It's a simple format: someone asks a question; Kevin answers it. But it's how Kevin answers the questions that make it so great. Often (almost every time), he'll go off on some tangent and, then, another, and, sometimes, another, and you're left thinking, "Where in the heck is this going? What in the world could it have to do with the original question?" But he always gets back to that question, and, when he does, there are great "ah-ha!" moments where you see how all of the tangents fold together to make that one story and how a simple answer to the question in no way would have been as satisfying as the story he told. And that's Briane Pagel.

And he has six blogs, so there's bound to be something that you'll like. I follow two of them myself: Thinking The Lions and The Best of Everything. Seriously, you should go check out his list of blogs and try a couple or few out. Don't be daunted by the length of the posts. They're worth the time.

Other than the blog stuff, Briane writes books. I've previously reviewed some of his other works (Eclipse and his Xmas story), and I just finished his latest release, the After. 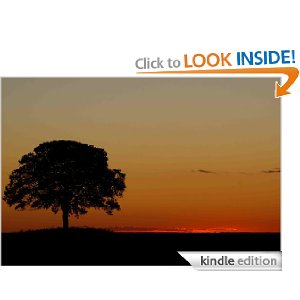 So, as usual, let's start with the technicals and get the bad stuff out of the way. Briane's not much of an editor. He admits that he doesn't find it to be fun so doesn't spend much time on it. Fortunately for him, he's really very good without the editing. I'm pretty sure he doesn't do any editing on his blog posts, and they don't tend to have more than the occasional typo. the After, though, could have used some more editing. A lot more in all actuality. On the plus side, there are no consistent errors caused by not knowing any particular grammar rule, but there are lots and lots of left out words, wrong words, and just plain typing errors. There's also an issue with the formatting. The big issue, for me anyway, was that he gets the character names mixed around a few times, especially with Ansel and Austin, which caused me to have to go back and make sure I knew what was being said before I could go on. Due to the sheer number of errors, I'd have to give a "D" on the technicals.

So, if you are a person that has a problem getting into a story due to these kinds of things as I usually am, you may need to skip this one.

Pay attention to what I said though: "usually am." Generally speaking, poor editing is a big roadblock for me, but not this time. Briane's story sucked me right in. His main character, Saoirse, is easy to identify with, empathize with. You want to know what's going on with her. And I don't really want to say more than that, because you should really just experience it for yourself.

Be aware, though, that this is no straight forward story that takes you from point A to point B and you have everything laid out for you by the end. Briane doesn't really write that way. There is much of the surreal in this book, and, as in Eclipse, you don't always know what's real and what's not. But that's okay, because the After is not about the destination; it's about the journey, and all that's really ever important is what's happening at that given moment. It doesn't matter what's real or not, because what is "real" anyway? And that is one of the big questions in the book, "what is real?"

There is an answer. Or, at least, what I'm taking as an answer. But I'm not going to tell you what it is. Maybe, you know, after you read the book, we can sit down and discuss what you got out of it and compare it to what I got out of it, but I'm not going to tell you going in, because, then, you'll just be looking for my answer, and I wouldn't want to ruin the journey for you in  that way.

Hmm... in many ways, reading this book is like looking at an impressionist painting, especially Van Gogh. In fact, there is one scene that made me feel like I was looking at The Starry Night while I was reading it.

At any rate, I would call this a beautiful book that needs to be read by the more than just the few people that have read it so far. The story is so strong, in fact, that it far outweighs the poor editing, and I give the book a "B" overall. This is the kind of book that really makes me sad to have to even point out the editing/formatting issues, but I'd hate for anyone to pick it up and not be able to get into because of that, especially on my recommendation if that's actually going to be a stumbling block. However, it's only $0.99, so, you know, for less than a buck, you have nothing to lose. Okay, so you'd lose a dollar, but it's worth so much more than a $1.00 that it's worth the risk.
Posted by Andrew Leon at 10:47 PM