Happy Birthday! (and a SALE!)

January of 2011 saw me preparing The House on the Corner for publication. That was a lot of work. I mean, it's a lot of work to write a book to begin with but all the little details that go into publishing a book, even self publishing a book, are somewhat overwhelming. At any rate, I spent the month working on that and got it all set up. As it happened, the official publication date for the 1st edition (it looked like this: 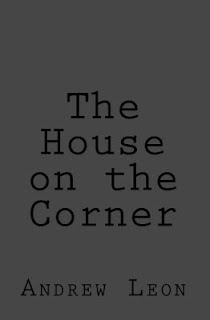 ended up being February 6, 2011. February 6 happens to be my birthday, so that was kind of cool, and it would never have happened if I'd been trying to plan it that way, but, because I was just going about my business, it ended up that way. It was a cool birthday present, to say the least, to hold that first copy of my book in my hands.

Of course, the book no longer looks like that. Despite all of the editing I did on the book both prior to January and in January, I missed a lot of little things. I was amazed at how much more I noticed by having the physical copy in my hand. I also discovered the importance of cover art. Of course, I've already covered all of this in previous posts, so I'm not going to go back through it now. At any rate, I spent some months going back through the book and making changes and getting some cover art (thanks to the amazing Rusty Webb! (who happens to have the best blog title ever!)), and, now, the book looks like this: 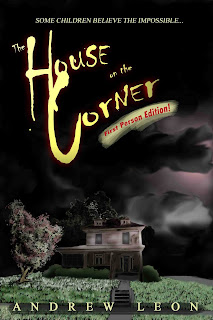 It's all the better for it.

Speaking of blogging, StrangePegs (the blog) also turned 1 year old a few days ago. That's something that I'm still trying to get my head around. One year, 125 followers, 125 posts (including this one). It seems like a lot longer than that and also a lot shorter than that. When I first started the blog, I really had no idea what I was doing. I was just kind of informed that, if I had a book, I should have a blog, so I started one. Overall, it's been a good experience. Even if one that's hard to keep up with.

I mentioned a sale. In honor of it being the birthday of the book, and, really, publishing a book really is kind of like giving birth, I suppose. There's a lot of work that goes into it. It spends a long time growing. There's a period of intense labor, and, finally, voila, there's a brand new book! Thankfully, books tend to cry a lot less, and you (usually) don't have to clean up after them. But I digress...

The sale! In honor of it being the one year anniversary of the publication of the 1st edition of The House on the Corner, I'm having a sale!
For the Kindle:
I've marked the price down to $0.99. Coincidentally, after I'd gone in and made the price change (but before it took effect (because it still hasn't taken effect)), Amazon also decided that House should be on sale and marked the Kindle price down to $0.99. heh
I have no idea what will happen to their price mark down when mine goes into effect.

For the physical copy:
I can't actually mark down the physical copy of the book (through Amazon) any lower than it already is, because I'm pretty close to lowest price they'll allow me to charge for it; HOWEVER, if you want a signed copy (which comes through me), I'm doing those 2-for1, right now. The listed price on my page (go back up there and click the link) is $18.00 for one copy. If you click through the link, it will say $24. For $24, you will get not one, but 2! signed copies of The House on the Corner! One for you and one to give as a gift. Now, let me explain the thing with the pricing. At $18.00, because of shipping, I'm taking a loss. Sort of. At any rate, it puts the actual price of the book down to $12.00 (rather than the $15 on Amazon). To cover the cost of shipping 2 books instead of 1, I've had to bump the price up a bit. I can ship them both to the same address or to two separate addresses, though. At any rate, it's a pretty good deal. At least, I think so.

I'll keep these SALE prices through Friday or Saturday, so don't let this chance pass you by.
Posted by Andrew Leon at 2:26 PM

Email ThisBlogThis!Share to TwitterShare to FacebookShare to Pinterest
Labels: birthday, blog, blogging, followers, The House on the Corner