You know how ideas sometimes take a long time to develop? Well, my wife and I just had the culmination of one of those ideas. I think the genesis of this idea goes back a few years to when I did a series on abandoned places. It certainly put the idea of ghost towns into my head, at any rate. The idea of ghost towns and mining towns has bounced around in our house since I did those posts, which led to some discussion at some point about mining towns, all of which led to my wife and I taking a camping trip through gold country last week. It was educational, to say the least, because, no matter what you think you know, you never really know until you do the thing.

So what do you know about gold mining? I bet you "know" the same kinds of things I thought I knew. So let's talk about some of those things... But not today. Because our first stop on our trip was Sacramento, and I want to share some of those pictures with you.

First of all, they were throwing a protest when we got there: 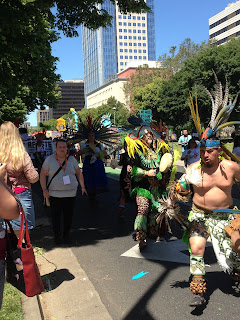 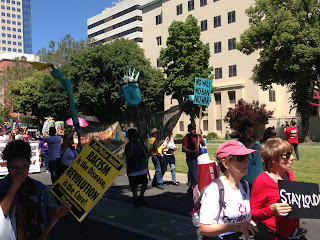 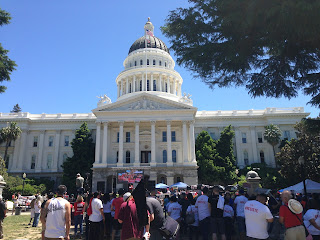 That's the State Capitol building in the above picture.

The legend of California as it once was: 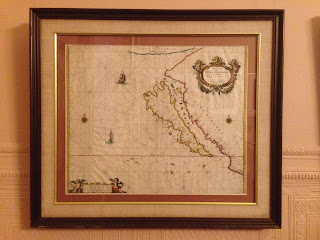 And we got a private tour of the old Secretary of State's office, which is kind of a funny store... but for some other time: 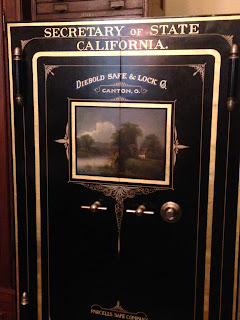 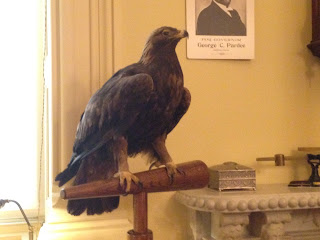 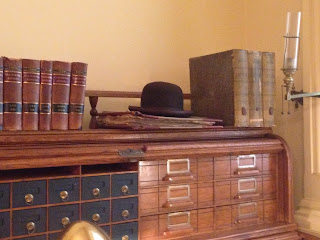 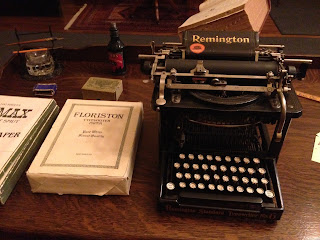 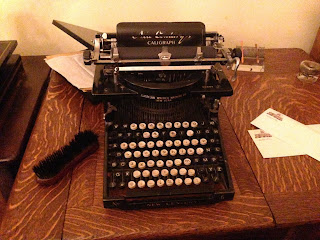 Then we hopped over to Fort Sutter: 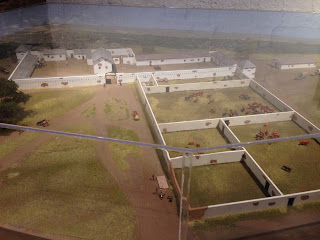 No, it didn't get shrunk. That's a model. 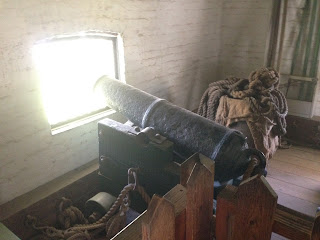 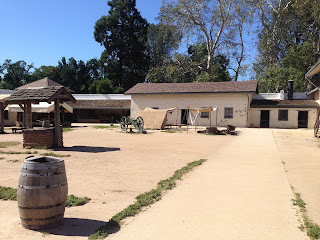 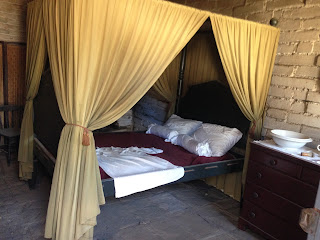 For those of you who don't know, the gold discovery that kicked off the gold rush happened at Sutter's Mill. We went there, too, but that's a different location, so those pictures will come later. The one thing to know about it is that Sutter tried to keep the find quiet, not because he wanted the gold but because he knew what would happen if the word got out. Which is exactly what happened.

More pictures next week...
Posted by Andrew Leon at 12:00 AM