A Study in Super Heroes: Part Three -- Telling the Story

In many ways, prior to 2008, there were only four super heroes: Superman, Batman, Wonder Woman and Spider-Man. At least, that was it as far as the world as a whole was concerned. 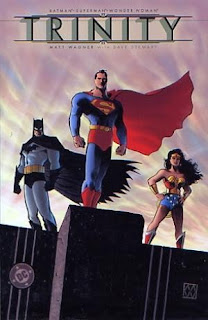 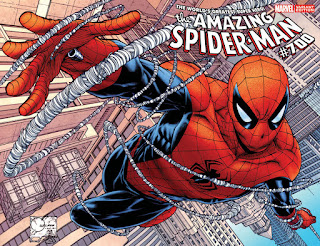 Let's just say that Superman, Batman, and Wonder Woman were already iconic characters around the world by the time Marvel Comics came into existence in the 60s, and Spider-Man, due to his cartoon and snappy theme song

was the only Marvel super hero to break into universal awareness the way that DC's trinity had.

However, the world of comics shifted in 1961 with the publication of Marvel's first super hero comic, The Fantastic Four. Marvel changed comic books from a medium that was character driven to one that was story driven, and not just the individual story but the world story. Marvel quickly became the #1 comic book company and, really, has remained there for the last 50 years.

That didn't mean that people, the mass of people, knew who Marvel's heroes were, though, because the 50s reduced comic books from something mainstream into a tiny niche group reserved for kids and socially awkward teenage boys. Until 2000, that is, when the X-Men movie came out. That was the turning point for comics becoming mainstream again, except as movies. (Because, honestly, comic books themselves are too expensive for people to be able to follow more than a few at a time.)

The success of X-Men and, in 2002, Spider-Man proved that super heroes other than Batman and Superman could support movie franchises. However, Marvel had licensed both of those properties to other studios, studios who proved that they didn't actually care about the stories involved, only in making money off of popular characters. Why worry about a good story when everyone will come see the movie anyway, right? (I'm especially looking at you, Fox, for making X-Men Origins: Wolverine.)

Marvel decided they could do better, wanted to do better, but they had already licensed out the only two properties they had (X-Men and Spider-Man) with any real name recognition. They would have to use characters whom people really didn't have an awareness of, and that would mean the stories would have to be strong.

And that's what they did. They told good stories.

I mean, not only did Marvel spend five years and five movies to work up to The Avengers, but Captain America: Civil War is a perfect example of how important story is to Marvel. Not only did they weave elements of two different story lines into a solid climax story, they did it with 12 super heroes in it, and they did it pretty flawlessly and with characters that most people had never heard of before Iron Man came out in 2008. The achievement is rather astounding. Sure, you need to have seen the other movies for this one to work, but that's what story-telling is.

On the other hand, DC, via Warner Brothers (who owns them), continues to struggle with building any kind of coherent story in their movie universe, if you can even call it that at this point. They continue to rely on the drawing power of their characters and what they think people already know about them rather than craft any kind of story that can hold water longer than one of those paper cups you made as a kid from folding up a piece of notebook paper. You can look at their most recent release, Batman v Superman: Dawn of Justice, to see that. They don't even bother to introduce Wonder Woman or tell you anything about her other than that she was alive during World War I. They are all about the money and, if people will go see the movie just for the characters, why bother to add a story.

Not that that hasn't worked for them. To some extent. Batman/Superman did bring in $325 million domestically ($865m worldwide), but it took it more than a month to do that, and it was projected to break $400m (domestically), which it failed to do. In just 10 days, Civil War has pulled in $300 million domestically (and nearly $1B (yes, $1,000,000,000) worldwide). And we're not even talking about their Rotten Tomatoes scores. I think it's safe to say, at least where super heroes are concerned, at least for the moment, that story beats characters.
Posted by Andrew Leon at 12:00 AM