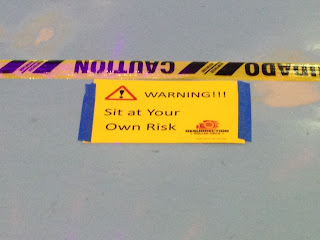 My wife and I have very different relationships with skating, both roller and ice. I grew up skating. Roller skating, that is. There was no such thing as ice skating where I grew up in the south. The nearest ice skating rink was in Dallas, nearly three hours away. And, when I say I grew up skating, I don't just mean I knew how. One of the things I did during high school (and after) was work the recreation programs at my church, and we did roller skating. I often wore skates five or six hours a day, three or four times a week. More on Saturdays. Sometimes, I had to adjust to just walking around. I think it's like having "sea legs." Or something.

Despite the lack of ice skating in the south, I made a fairly decent transition to it. Ice skating is more like inline skating, I think, except easier. Yeah, I have not enjoyed my experiences with inline skates, mostly because they just hurt. It's the way they hold the ankles. Just trust me, okay.

One of my wife's early experiences with ice skating (this was just a few years ago) involved having some kid do a power slide into her feet and her bashing her head on the ice. Yeah, she hasn't been back out on ice again since then.

We do go roller skating sometimes, though, and it's a thing my wife wants to be better at. All of which is to say that my wife has a kind of fascination with roller derby, and it's a thing we've talked about going to see for years, especially since a local league was started about four years ago, the Resurrection Roller Girls. Well, we finally went to see a match!

If you noticed the picture at the top, that was on the skating floor where the seats were set up because, yes, there is seating on the skating floor. We, of course, sat in the front row right behind that sign. But no one ran over us. Not this time, anyway. The couple sitting next to us, who were veterans of going to see derby events, did tell us to take the warning seriously because, although it didn't happen often, having players fly into the crowd is not unheard of.

Roller Derby, at least the variety that we were seeing, flat track, was different than we expected. It was slower and had a lot more strategy involved in it. It took us a little while to figure out, at least the parts that we did figure out, but it was very interesting once we did, and we picked up a few favorite players (from our local team, the Cinderollas) by  the end of the night. Our team lost, but it was still very exciting.

I'll be covering some more roller derby stuff coming up in the next few weeks, but, for now, I'll leave you with some pictures of the match we saw. 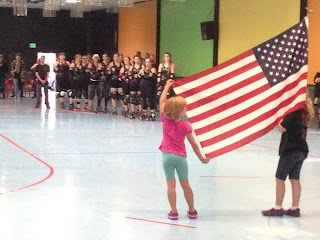 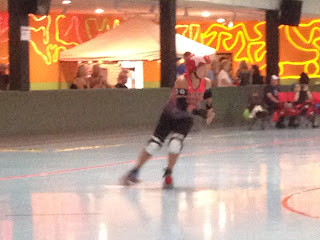 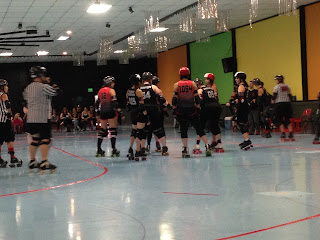 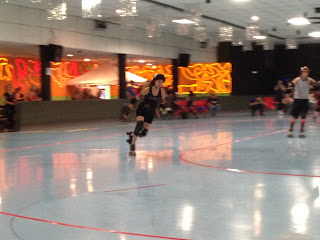 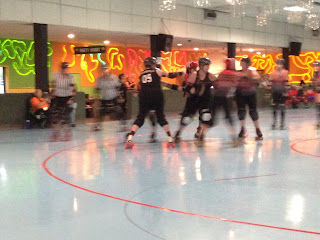 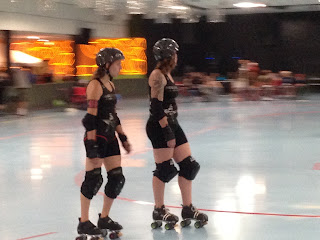 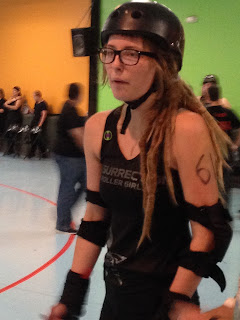 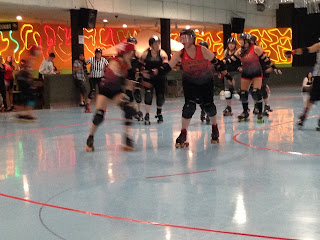 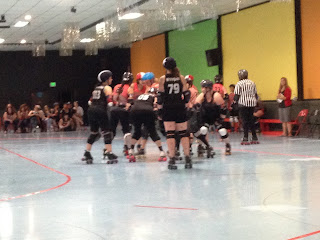 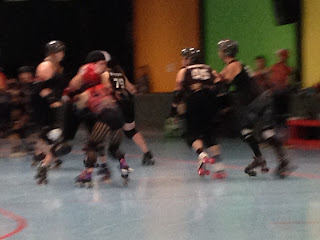 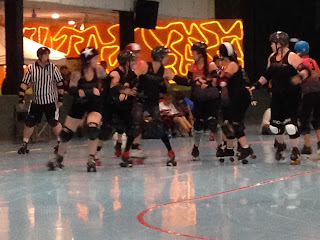 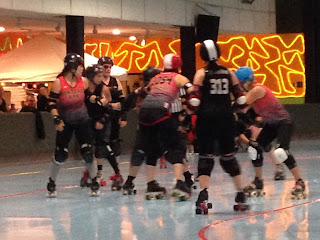 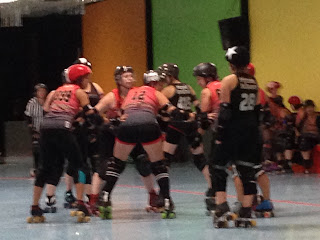 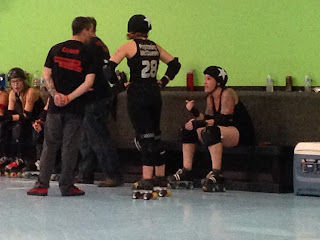 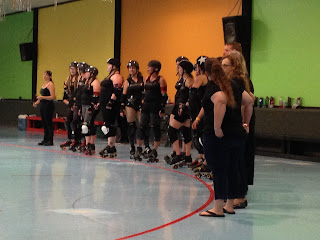