No, not that Star Wars Christmas Special. Which is just the oddest thing in the world to have a cult following. I mean, have you seen the "Star Wars Holiday Special"? Of course, when I was a kid and I saw it, I loved it. But I was eight. And it was Star Wars. I sort of agree with Lucas, now, though, in that it's the worst thing that's ever been made. I can barely see clips from up without thinking, "What were you thinking? Seriously?" The point is that it's a lot of those same people that hate Jar Jar that also love the Star Wars Christmas thing, and I can only think, "What are you thinking? Seriously?" These are the people that call the Holiday Special the Holy Grail of Star Wars.

But that's people for you.

And we're not watching the "Star Wars Holiday Special" at my house this year. Mostly because I don't own it unlike those made for TV ewok movies which we do own and my kids used to watch constantly.
But I digress...

All of that to say that Star Wars is always a big part of Christmas at our house. For those of you that were around last year, you may remember that I got this: 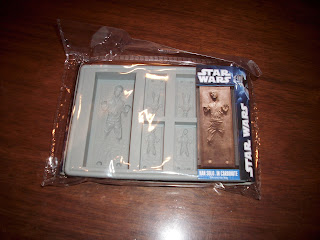 And I made these (although I don't think I ever posted pictures of them): 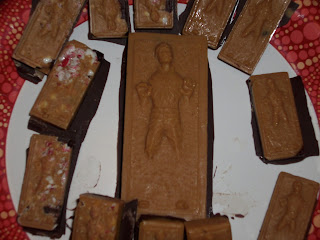 (there were also regular peppermint bark ones, but Han shows up better in these)

I added a couple of molds this year and made these: 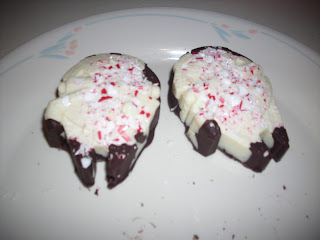 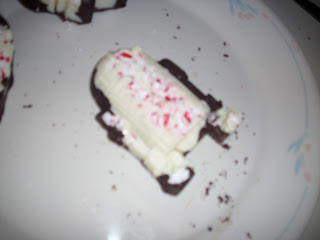 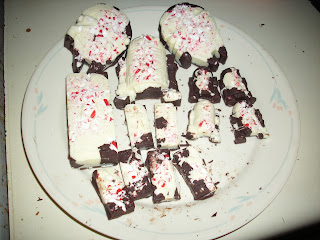 Then we had not one but two Lego Star Wars Advent calendars! 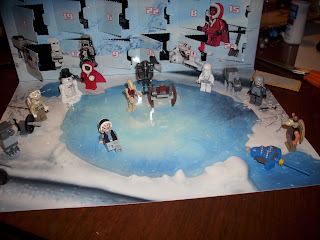 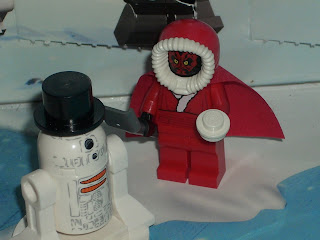 I'm voting for Snow2-D2 as the astromech's name, but my son hasn't approved it.

There are even Star Wars ornaments on the tree (which is nothing compared to what I have planned for next year!) 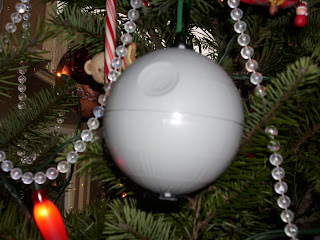 Next year, the Death Star will have to be at the top of the tree. 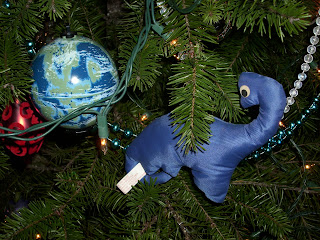 Naboo being attacked by a giant space dinosaur. Yes, we also have dinosaurs on our tree. And Spider-Man (not pictured).

So there's just a little flavor of Christmas at my house. It's kind of pepperminty, don't you think?
Oh! I also have it on good authority that Santa's bringing season 4 of Clone Wars, so I see a marathon coming starting the day after Christmas.

So... however it is you celebrate your holiday, I hope it is a grand and joyous one!
Merry Christmas!!!

[As a special Christmas bonus, most everything I have available will be FREE! for your Kindle or Kindle app on Christmas day and the day after. Just go here for a full list!]
Posted by Andrew Leon at 11:32 PM