I'm gonna come right out and say it: I'm not a big fan of ninjas.
Yeah, you heard me. In the whole Pirates vs Ninjas thing, I'm totally for the pirates. Not that I like pirates all the much either, but, you know, at least a pirate is honest about what he is. A scurvy dog, right?

But the ninja? No, the ninja has spent centuries developing this idea about themselves that just isn't true. That they're these awesome fighters and all of that. It reached a peak in the 80's, and, I have to say, I was as sucked in as the next guy. I loved the show The Master, for instance, although I may have been the only one considering how quickly it went away. Huh, I didn't remember Demi Moore being in that. Weird. Of course, it has been nearly 30 years since I've seen it. Heck, even the original Transformers animated series had a ninja robot in it built by humans! And I can't even get started on G. I. Joe. I have only one thing to say about that: Snake Eyes! In the 80's, ninjas were cool.

Then I learned about them. Not on purpose, mind you, because, like I said, I was as sucked in as everyone else, but, as I've mentioned before, I went to nerd school, and my world history teacher gave us some actual ninja learning. That was my introduction to the web of lies that ninjas have built around themselves. But, then, it does serve their purposes, because, what they want, is not to fight. If everyone thinks ninjas are all badass, which they're not, people will run away from them, and they don't have to do any real fighting. See how that works?

No, a ninja's real job is to be a sneaky killer. They don't do direct confrontation. They're the guys that sneak around and poison food or kill you in your sleep or sneak up behind you. Anything not to be seen, kill their target, and get away, again, without being seen.

My favorite ninja story?
This ninja needed to kill this guy, and, to do it, he hid in an outhouse. But not just in the outhouse, in the outhouse. As in under the seat down in all the urine and feces. He brought supplies so that he could camp out down there, which he did for three days. Three days! Three days in a toilet making no noise while people did their business on him. After three days, his target finally showed up. The guy sat down to do his business, the ninja took his spear and, while the guy was reading the equivalent of the Tokyo Times, the ninja shoved his spear right up the guy's bum. What a way to go.

See, if I was a ninja, and I was willing to go to that kind of length to kill someone (which I'm not), I would totally own it. I would own that... um... forget that next word... um... stuff! I would own that stuff! And, then, I would respect the ninja. But, then, I guess the whole lying thing is just a part of what they are in order to do their job.

The thing is, though, in a straight up fight of pirates vs ninjas, the ninjas would all run away. Of course, there's always waiting for the pirates to get drunk and fall asleep, which is what the ninjas would do.

Anyway... all I'm saying is that if ninjas were honest about who and what they are, I'd be okay with them.

But all of that is not really what all of this is about, now is it? Because this is the 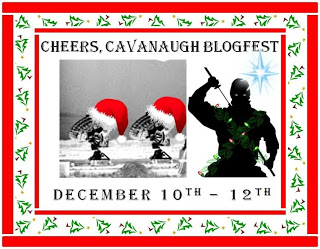 Question the first:
What does Alex look like?
Alex looks like George Clooney with a guitar. Probably not as well dressed. I imagine him walking down railroad tracks with the guitar slung over his back.

Question the second:
Who could play Alex in a documentary?
Well, of course, George Clooney. Or, maybe, Ben Affleck playing George Clooney, because, as Kevin Smith says, "Affleck could be the shark."

Question the third:
Who does Alex remind me of?
At this point, how can I not say George Clooney? I can't not say that, so I will: George Clooney.

Flash Fiction (bah! I mostly dislike flash fiction):
George Cavanaugh was making his way down the tracks one day with his guitar slung over his shoulder. Cavanaugh had stolen the plans for an IWSG from a secret government installation, but he'd found that no one paid any attention to hobos with guitars, so it was his MO to sneak away in this particular guise. Besides, if he needed to be inconspicuous, he could always stop and play on a street corner, because even fewer people paid any attention to those guys other than tossing some bills into his case, which would mean he wouldn't have to pay for supper, either, so, really, it was a win-win. However, a ninja had tracked him and was, at that very moment, sneaking up behind him, sword drawn. Cavanaugh knew all about the ninja, though, and was just luring him out. At the last moment before the ninja struck, Cavanaugh spun while drawing his cosbolt and shot the ninja right in the eye slit. "New pajamas," Cavanaugh thought, as he stripped the body.

Bonus Points?
Wait, who said anything about points? This is an arbitrary thing, right? Besides, I've used up all my words. I'll just keep it short: Thanks for sharing!
Posted by Andrew Leon at 10:48 PM