Okay, folks it's time for another pop culture post, so strap on your special hats and pour a bowl of milk. Remember, pop culture always stays crunchy!
[Just as a note: my oldest son's pop culture hat looks like this: 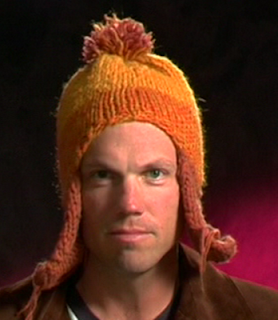 Really, it does, but that has nothing to do with this post. And that's not my son in the picture, just his hat, but Adam, there, is already all over the web, so I'm sure he won't mind being in my little blog any more than he minds being in anyone else's. Not to say that he doesn't mind. He might. But I won't add to it, I'm sure, one way or the other.]

There hasn't been much time for movies in the last year or so. Or money. My kids will tell you about it if you mention the fact that they missed Rango and a whole slew of other movies they wanted to see. However, my wife and I did manage to make it to Paul, last weekend. We went with some sci-fi buddies of ours; otherwise, we might have gone to see something more "respectable." Actually, if we hadn't run into this other couple, we wouldn't have gone to see anything, as it was one of those "wow, we haven't seen each other in ages, let's go to a movie and sit in the dark and not talk!" kind of things. heh
But, hey, we did get invited to a party out of it.

So we went to see Paul. It's hilarious. Frequently, I laughed first and loudest. I think the movie was made just for me. However, the people sitting in front of us, what looked like a grandmother and her teenage grandson, didn't find the movie anywhere near as funny. I almost felt bad. Almost. If you like science fiction, especially Star Wars, you want to see this movie.

I'm not going to say anything about the plot, though. That's how I went into it. I knew it was Simon Pegg and it had something to do with a CG alien. But that was enough for me. It's pretty much enough for me to just see Pegg's name on something. It's like he (and Nick Frost, his writing partner and co-star) is pop culture. But, please, don't pour milk on him. I'm not thinking he'd appreciate it. Look, here's an example:
You MUST watch this if you like Star Wars
I will say one thing about the movie, it starts off at the San Diego Comic Con; alas, I've never been. >sob<

But it's not just Paul. It's also Shaun of the Dead. And Hot Fuzz. And it's Spaced. That was British television series he did. Yeah, I know; you've never heard of it, but that's kind of where it all starts. The beginnings of his pop culture brilliance. Go watch it. Right now. I'll wait. Okay, not really, but you can come back later. The blog will still be here. Probably.

Seriously, Simon Pegg makes movies out of the things that my friends and I used to joke about, and he's brilliant at it. Paul is under performing a bit at the box office, but don't let that stop you from going to see it. If you're a sci-fi fan, that is. If you're not, you're not going to get the movie at all. I think the lack of performance has more to do with the title than anything else. It doesn't scream what it's about like Shaun of the Dead. But the title is part of the joke. Paul. E. T. Simple. It fails to grab the imagination, though, so, unless you're actually looking for Simon Pegg vehicles, you're likely to miss it.

Which brings us to the writing section of our post: titles. The all important title. I one bought a horrible book because of the brilliance of its title. I'll even tell you which book: Stars in My Pocket Like Grains of Sand. That is an incredible title. I wish I'd thought of it. I bought the book. One of the very few books I haven't finished. But a brilliant title. Last time I bought a book based on its title, too. Yep, learned my lesson. Both of them. Don't judge a book by its cover (title). And have a good cover (title).

Okay, yeah, maybe I didn't learn that lesson well enough, because the cover of my book sucks, but that's more to do with the fact that I haven't been able to afford any cool artwork for it, yet, than that I'm satisfied with it. One piece at a time...