I left you with the following clue at the end of part one of the birthday abduction: 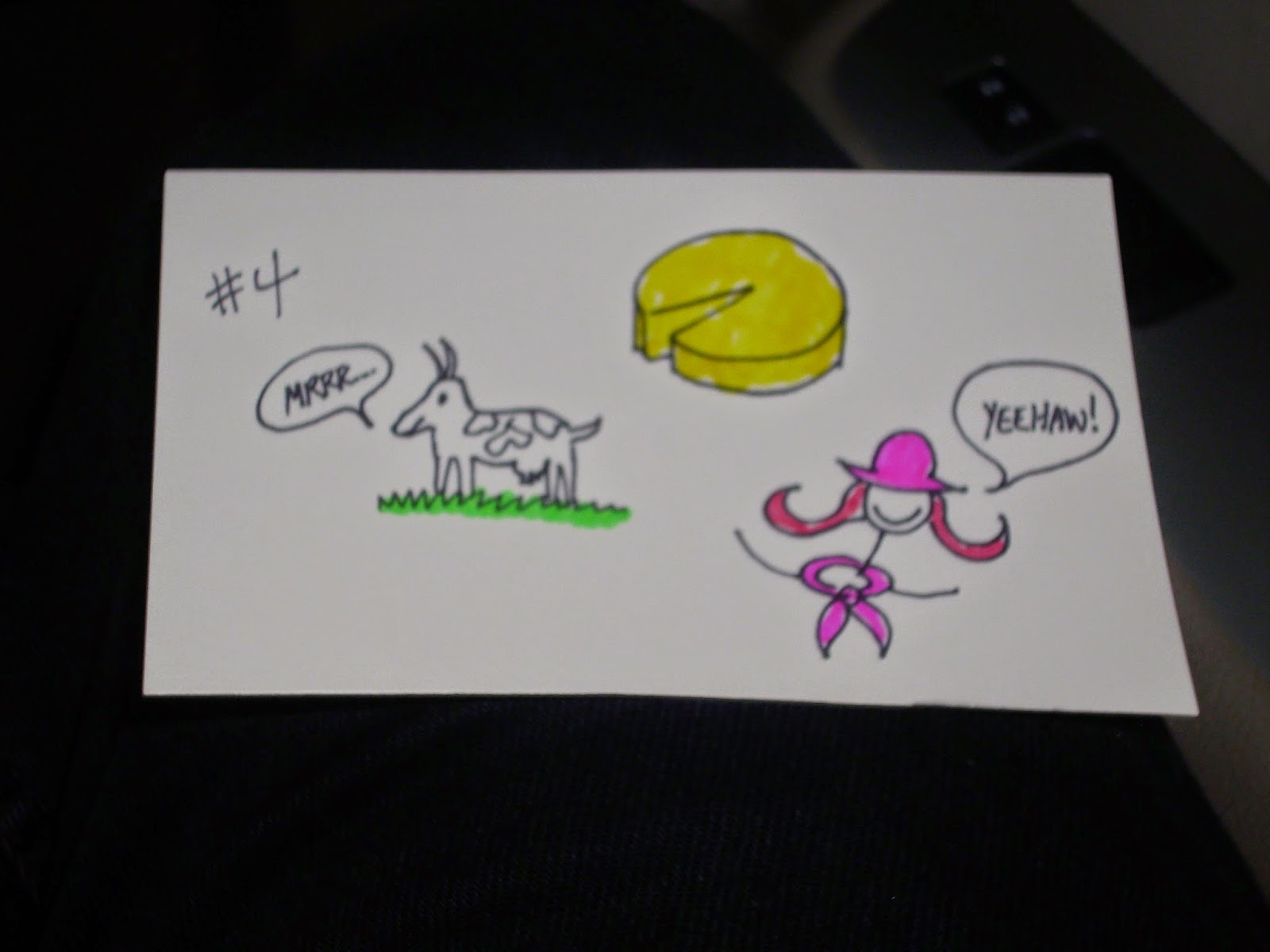 Lee was the only one to figure out the clue, and he did it with ingenuity, so I think he deserves the credit. Clue #4 lead us to Cowgirl Creamery. I had never heard of Cowgirl Creamery before, so I couldn't really guess it and didn't have any way to figure it out (as Lee did). I came up with "cowgirl cheese," which just made my wife laugh. She kept saying, "You don't know how close you are," and she was right.

At the creamery, we got a demonstration of how cheese is made (which was pretty darn cool) and got to taste a bunch of cheese. There were a couple of cheeses that came in cups and were similar to sour cream, but I didn't like those; I don't like sour cream, either. The others were good, but one in particular stood out: Red Hawk. It's very similar to a brie, and it was awesome! We bought a hunk (which I later used to make some awesome grilled cheese sandwiches (possibly the best cheese I've ever had)). We also had lunch there. 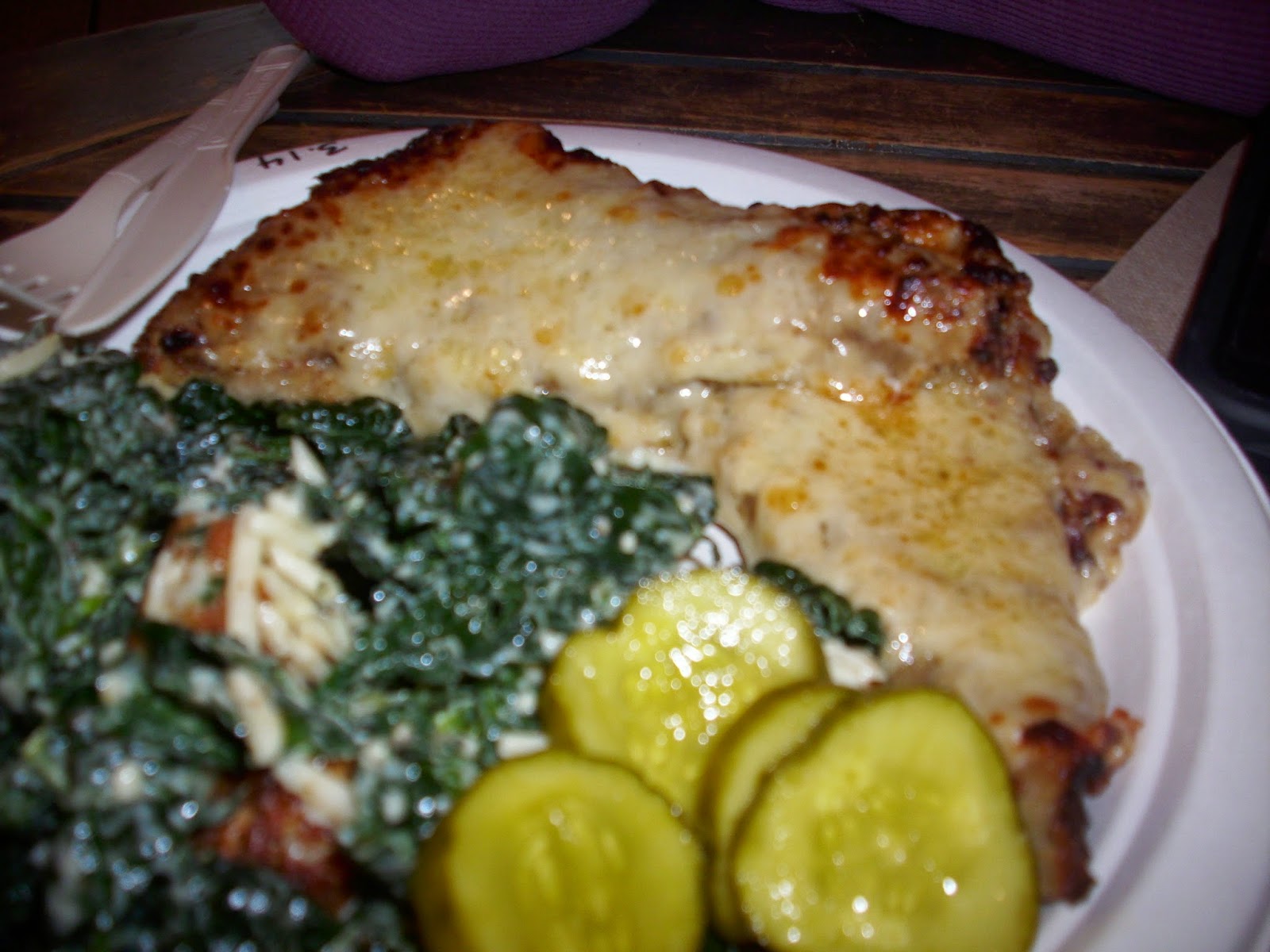 That cheesy looking thing on my wife's plate is called a toastie. It's like a piece of bread with grilled cheese and onions on both sides. It was teh awesome! 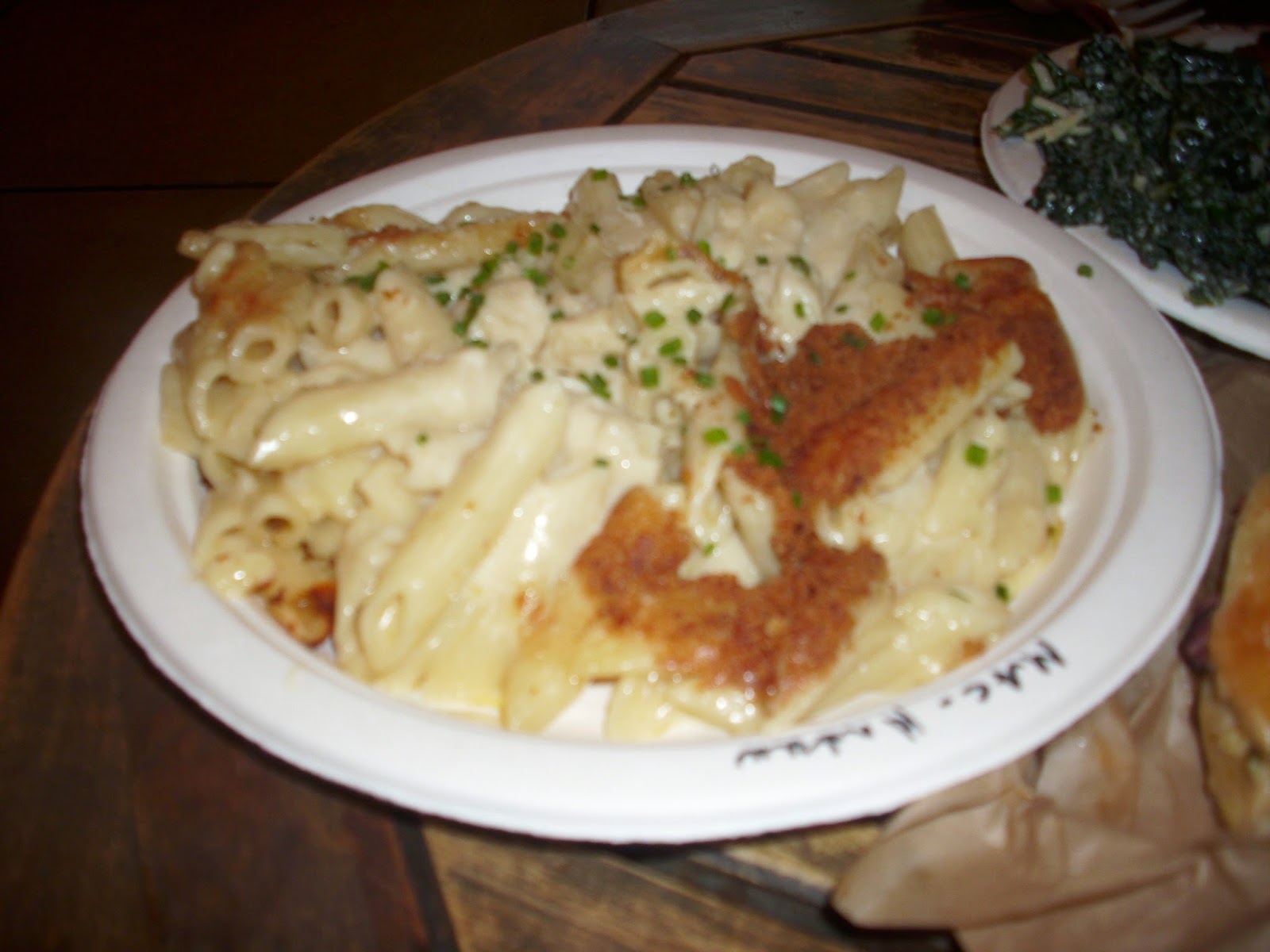 I got the mac 'n' cheese, one of their signature dishes. It's made with two different of their cheeses and was SO good. But it was also too much for me to finish. I brought it home and was going to share the rest with my kids but, while I was out, they stole it and ATE IT! Later, when I was going to get it, it was gone! It was sad-making, but at least they enjoyed it.

Cowgirl Creamery is definitely on my list of places to visit again.

After lunch, I was given my final clue card: 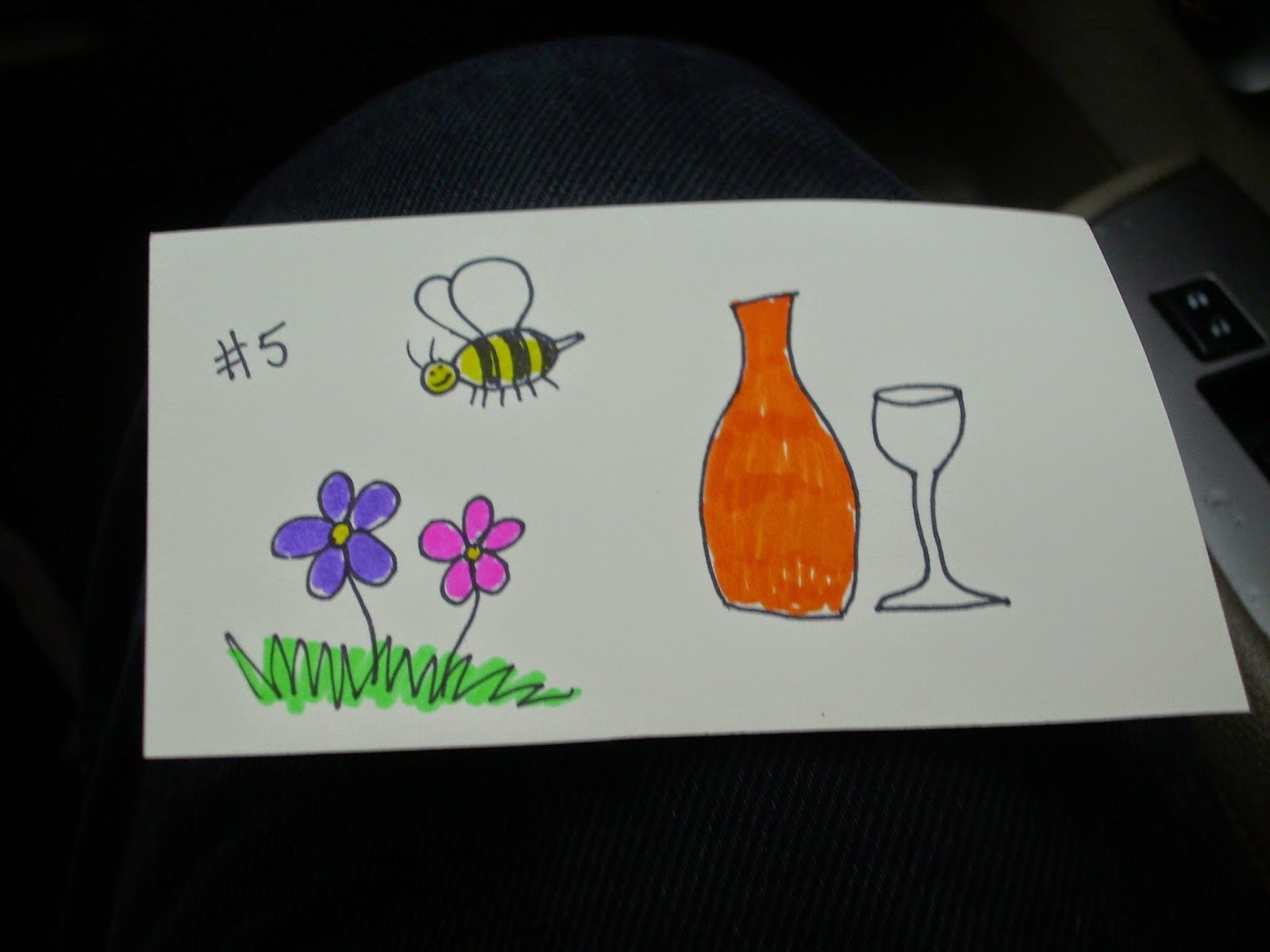 This one should have been much easier for me than it was but, I guess, I was out of context. I did come up with "honey" and "wine," though. Of course, that's why I should have gotten it. Do any of you have it?

The answer is "honey wine" or mead, and I should have known that, because I had been talking for months about wanting to try some. The whole adventure actually started with the mead, because my wife wanted to take me to a meadery. Heidrun Meadery to be precise. 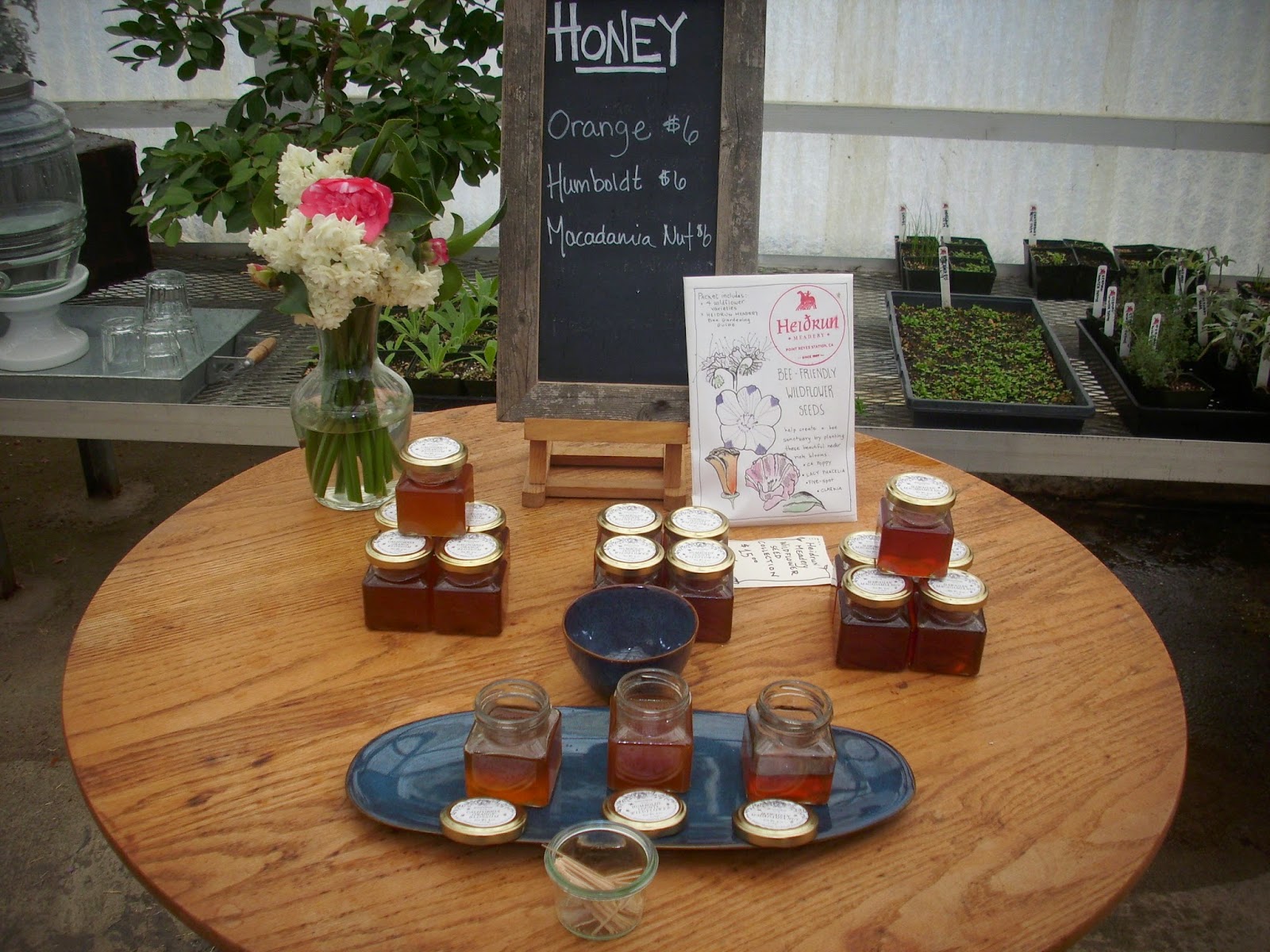 We got a tour of the facility and did a tasting. 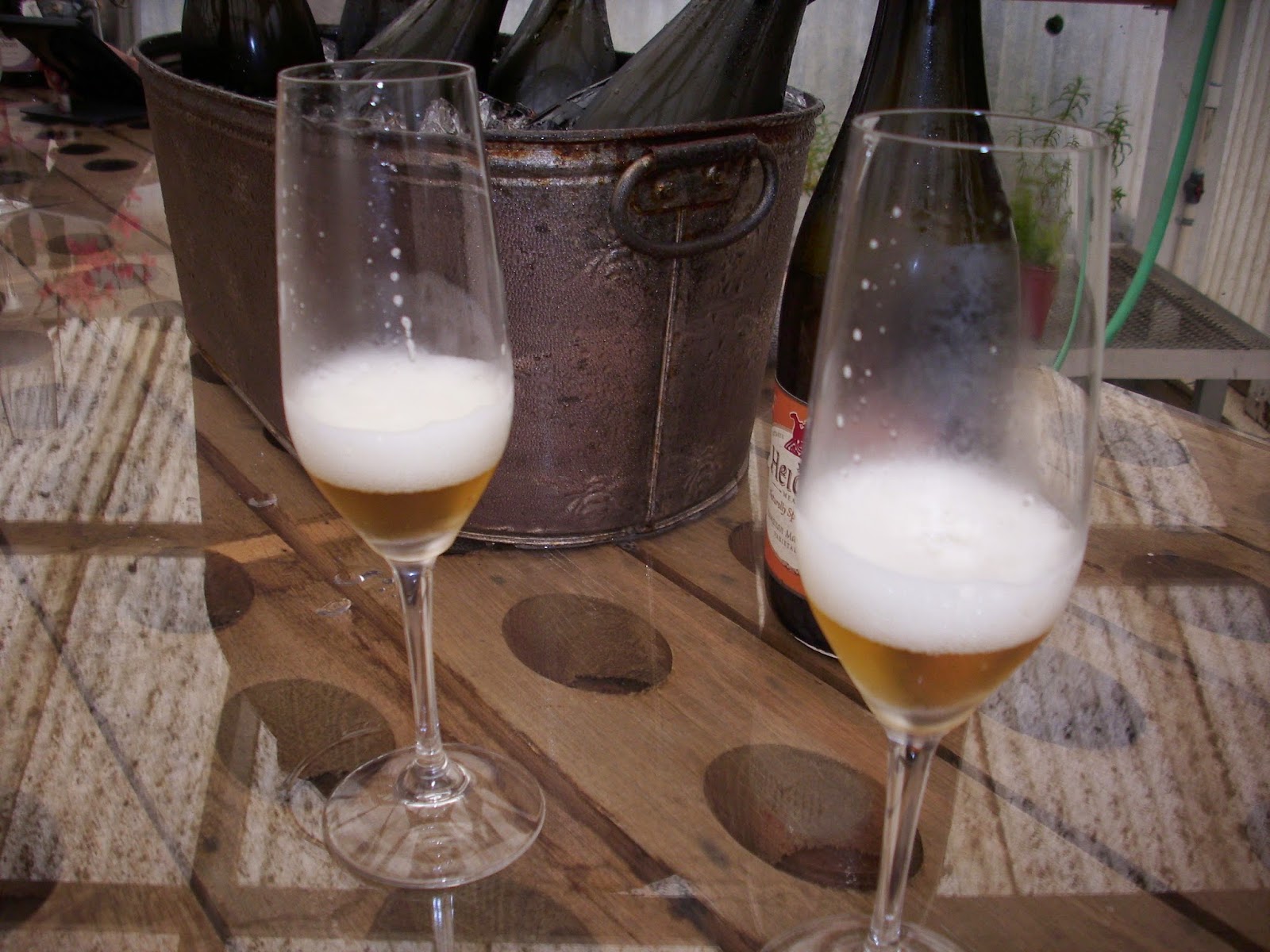 Normally, we get to see the bees, too, but, well, there was the rain and stuff, and, even if we had wanted to trudge through the mud to get to the bees, they were all inside sitting by their little hive fires or whatever it is they do on a rainy day. Certainly not out flying around, though.

I bought a jar of macadamia nut honey and a bottle of Alfalfa and Clover Blossom mead. It was tasty. That's another place I want to go back to, because I still need to see the bees.

This year, I decided to give everyone else a present on my birthday, so I got Lego all around. The kids each got something small, but I got a big Lego for my wife. Well, it's kind of for the family, but it's mostly for my wife, because for a while now she has been talking about how cool it would be to make a little Lego town. She didn't know they actually have such a thing, so I got for her the first building for her little Lego community: 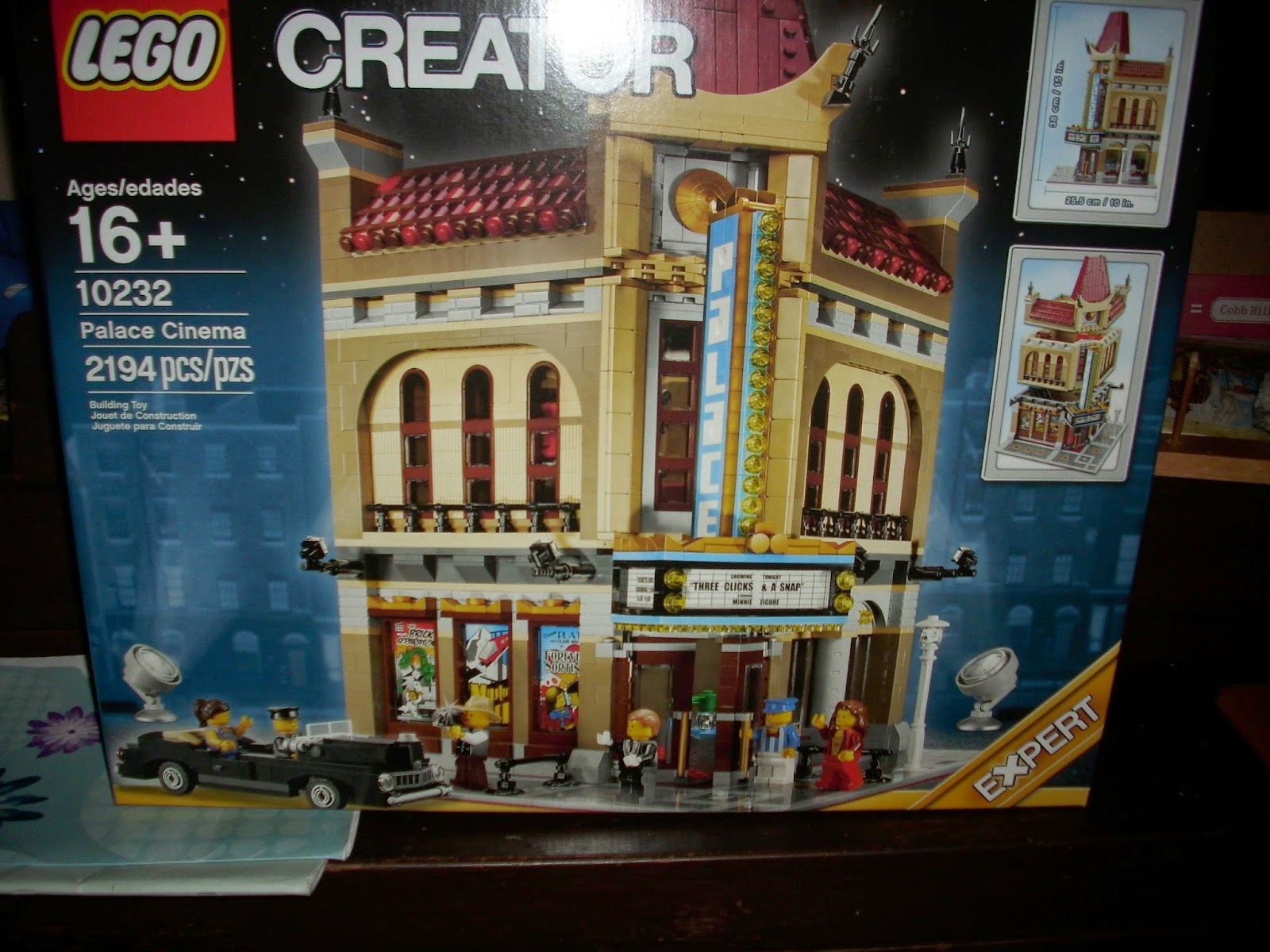 She was so excited and surprised by the Lego, she conceded that I may have equaled her on the birthday surprise thing. Once we've made a place to display it and get it put together, expect another post.
Posted by Andrew Leon at 12:00 AM