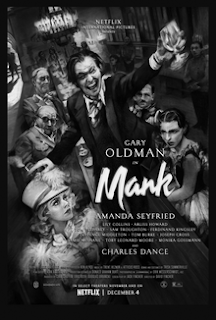 I don't know that I've ever mentioned on here before that I almost went to film school. After The Empire Strikes Back came out, I was intensely interested in special effects and, for many years, that's what I wanted to do. When I say "almost," I mean it. I was accepted to USC but, even after a very sizeable scholorship, it was going to be more expensive than I could afford, especially considering that my parents took on a "no help" stance if I chose to move to California to attend. All of that to say that what was left to me at the college I did go to was one intro to cinema class.
But we did cover Citizen Kane in that class.
Orson Welles was a fucking genius. I wish I had half of the marketing savvy he had. A tenth, even. His genius was not the movie Citizen Kane but that he was able to invent a mythology that said he was soley responsible for that movie, which was a work of genius. And it's true that he had some very important roles in creating the movie, both directing and starring in it. But he would have us believe that the story came from him as well and so devoted himself to creating that mythology that people are still arguing about it today. In fact, when I studied Citizen Kane in college, Herman Mankiewicz wasn't even mentioned.
The fact is, though, that Mankiewicz was the preeminnet screen writer/doctor of the time. He shaped the way the movies of that time period were written and was responsible for creating the dialogue heavy, witty movies of his day, movies that became the stereotype of the "American movie." He was also responsible for the Kansas sequences in The Wizard of Oz being filmed in black and white.
And, most importantly, he was chums with William Randolph Hearst.
I'm not going to explain the importance of the connection. If you don't understand from me saying that, you actually need to know more about the time period than I can tell you in a movie review.
So... the movie.
The movie is excellent. By what I am sure is not an accident, it is remarkably timely, the main conflict dealing with a conservative push, led by Hearst, to keep a progressive candidate (Upton Sinclair) from becoming governor of California. Yes, you will get to see back into the days when California was unenlightened and the "coastal elites" where all Republicans. Republicans bent on protecting their wealth just as they are today. The movie suggests that it was this political race that caused the falling out between Hearst and Mank (easy to believe considering that Hearst caroused with Nazi sympatthizers and Mank was personally responsible for funding the escape from Germany of hundreds of Jews) and became the catalyst for Mank's writing of Kane.
In short, Citizen Kane was a revenge piece.
Gary Oldman is... well, what can you say about Oldman? He was perfect in the role. I have no idea whether or not he was accurately depicting Mank or not, but his performance was amazing.
Having now seen Tom Burke as Orson Welles, I can no longer picture anyone else as Welles. He may be a better Welles than Welles was. So, yeah, I have a Burke bias because of The Musketeers, a series which ended much too soon.
And Amanda Seyfried was endearing as Marion Davies.
It might even be the kind of movie that I would watch again, not that I think I will, because I don't often re-watch, just as I don't often re-read, but I certainly wouldn't plead "I've already seen that" as a reason to get out of a second viewing.
Also, just to say it, this movie has "best picture" written all over it. Not necessarily because it is the best picture of 2020 (how is that even a thing for this year? do "movies" even still exist? what even is a "movie theater"?), but it's about Hollywood, and we all know that the Oscars loves movies about Hollywood.
Posted by Andrew Leon at 12:00 AM