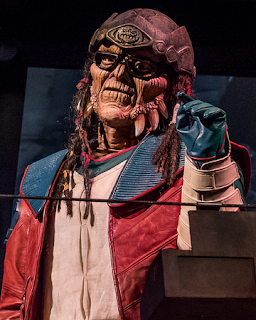 The most difficult thing I've dealt with so far in cocktail exploration is cherries. Or, I should say, cherry-flavored drinks. I don't like them. They never taste quite right.
Part of this problem is with me, except that I don't think it's just me as my wife acknowledges having the same problem. The problem is that we grew up with cherry flavored... everything. Okay, not everything. But, you know, cherry-flavored medicine, cherry-flavored cough drops (okay, sure, it's sort of medicine, but it's also mostly candy), and, most of all, cherry Life Savers. All of these things have the same chemical cherry flavor, which is completely unrelated to how actual cherries taste. It took me a long time to like real cherries at all because, to me, they didn't taste like cherry oughta taste. There's a conflict between reality, expectation, and, then, what the drinks have tasted like, which weren't like reality or the built-in expectation of artificial cherry flavor.
We got some Luxardo maraschino liqueur, but... I guess it's fine on its own if you just want a taste, but the flavor isn't like cherries or artificial cherry flavoring. And I've never liked maraschino cherries, so I don't even know if that's comparable. It also hasn't worked for me in any cocktails we've added it to to boost the cherry flavor.
At this point, I'm just going to toss in here that I don't really know why I got so invested in making a cherry drink other than that it became some kind of weird challenge.
Here is what has worked: We got some Amarena Fabbri cherries, initially, because we needed the syrup for something. These cherries are amazing! And the syrup is delicious. Actually, this stuff is perfect on vanilla ice cream, not that that is what I've been using them for. They never last that long. We also got some Heering cherry liqueur, which was my last ditch effort at making a worthwhile cherry cocktail. The Heering is much better than the Luxardo, but it still didn't do the trick. I decided that cherry cocktails had defeated me.
Ah... but then I devised Hondo Ohnaka's Space Punch, which is not cherry, but, on a lark (because I wanted to add some cherries to my drink, I decided to try a cherry variation. And, wow!, am I glad I did! Not only is this drink possibly better than the space punch, but, with it, I conquered the cherry cocktail. Or, at least, a cherry cocktail, which is good enough for me.
So after probably too much explanation (but I needed to build some suspense, right?)...
Wait, does this make me like one of those cooking bloggers who writes 10,000 words before telling you that it should only take you three minutes to sauté some onions? Hint: it takes much longer than three minutes to sauté onions.
Here's the recipe:
1oz lemon juice
1oz cinnamon syrup (you can also use demerara syrup, depending on the flavor you want)
1/2oz Curacao
1/4oz Tawny port (regular port will also work and provides a deeper red color to the drink)
1/2oz Velvet Falernum
1/4oz Heering cherry liqueur
1/2oz Licor 43
1/4oz allspice liqueur
2oz rum
2 dashes Angostura bitters
3 Amarena Fabbri cherries
Add ice or however you want to chill the drink.
I've been making this with Mount Gay's Eclipse rum, but I think I also want to try it with a darker rum, maybe their Black Barrel. Once I pick up a new bottle of it.
Just to be clear, the cherries are the asteroids.
Posted by Andrew Leon at 12:00 AM